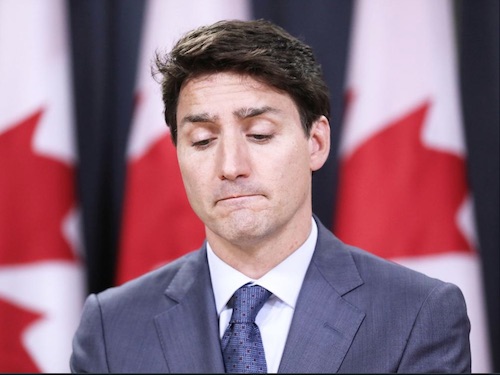 North Vancouver Liberal candidate Jonathan Wilkinson, who served as environment minister until the election call August 13, raised immediate flags with his comment that the controversial Trans Mountain project could continue pumping tar sands/oil sands crude for another “30 to 40 years,” ensuring that Canadian fossil producers get “full value” for the oil they extract, Global News reports.

“What you’re going to start to see is declining demand for oil over the coming 30 years, 40 years perhaps, in the context of some of the developing countries,” the GreenPAC-endorsed Wilkinson said. “And so, in that context, I would say that the utilization of the Trans Mountain pipeline is probably in that order of 30 to 40 years.”

Greenpeace Canada Senior Energy Strategist Keith Stewart said it’s illogical for a country to expand pipelines when fossil fuel demand is declining. “When you’re supposedly moving to a zero-carbon economy, that doesn’t make a lot of sense,” he told Global. “There’s this notion that we can basically get off fossil fuels, and yet somehow continue to export them.”

Implementation of the Trudeau government’s most recent package of climate plans “would go a long way to closing the ambition gap and its rating would improve to ‘almost sufficient’,” CAT said. But so far, “for every step forward, Canada also seems to take two steps back. It continues to expand its pipeline capacity for fossil fuels, even though modelling by its own energy regulator shows that the additional capacity exceeds available supply under even relatively unambitious climate policy.”

Concerns about half-hearted carbon reduction policies boiled over in Nova Scotia this week, with the 18-member Offshore Alliance taking both Trudeau’s Liberals and Erin O’Toole’s Conservatives to task for failing to disavow future oil and gas exploration off the province’s east coast.

“At any level, we would accept leadership on this issue,” said Gretchen Fitzgerald, national program director at the Sierra Club Canada Foundation, noting that jurisdiction over the offshore is split between federal and provincial governments. But in the majority of responses the alliance received in its outreach to federal parties, “what we’re seeing is a lack of leadership on a key element of what the next government of Canada is going to have to face, which is a climate crisis.”

Climate scientists are being crystal clear that new offshore oil and gas extraction off the east coast must end, The Canadian Press reports.

“If the government is serious about Canada’s commitment to help reach the 1.5 or 2°C target, there is no further need for oil and gas development,” IPCC scientist Andrew MacDougall, a professor at St. Francis Xavier University in Antigonish, told CP.

“To promote new wells is not the answer,” agreed climate researcher John England, professor emeritus at the University of Alberta, adding that it’s time for Canada to “bite the bullet” and begin the east’s shift to other offshore energy industries.

The other voice from the Atlantic came from LeBlanc, a New Brunswick candidate, former cabinet minister, and Trudeau childhood friend who acknowledged what his party has been hoping for from the moment the election was called: the Liberals are angling for a majority government, and despite razor-thin poll margins in recent weeks, they’re “very confident” of their chances. The Toronto Star says it was the first time anyone in the Liberal camp had said the words out loud (that is, with a reporter within earshot and on record).

“I’m very confident in our chances of forming a majority government,” LeBlanc told the Star’s Tonda MacCharles. “Canadians will be well served by a rigorous focus on the things that matter to them: the fight against climate change, affordability issues.”

While LeBlanc mused about victory, Conservative leader O’Toole continued to skate around the serious gaps in his climate platform, opening the door Wednesday to retaining the Trudeau government’s carbon pricing system, the Toronto Star reports. “In a virtual sit-down with the Star’s editorial board on Tuesday, O’Toole said the Conservative carbon price is meant as an ‘alternative’ to the existing system and that provinces where the current scheme applies—like Ontario—would get to decide whether to adopt the new one.”

The Conservative leader said a government he led would engage with provinces “very quickly” on the issue, but didn’t indicate when the new system would be ready to roll out.

“This is something that Ontario might embrace, but I don’t speak for the province,” he told the Star. “We would offer them a plan to transition to this approach that would not be a federal carbon tax.”

“O’Toole has repeatedly pledged that a Conservative government would ‘meet’ Canada’s Paris Agreement target” for cutting emissions, Global notes. “But this pledge is misleading because O’Toole has also said the target he intends to meet is a 30% reduction in greenhouse gas emissions compared with 2005 levels by 2030. This was Canada’s original target under the Paris Agreement, but that changed earlier this year when the Liberal government set a new target of 40 to 45% below 2005 levels.”

Last week, O’Toole promised new support for subway and rail projects, but acknowledged the promise came with no funding allocated in the Conservative platform, the Globe and Mail reports. That disconnect showed up just days before a national coalition of transit and environmental organizations urged all the federal parties to commit to funding public transit systems’ operating costs.

Obama tweeted his support for “my friend @JustinTrudeau”, commenting that “Justin has been an effective leader and strong voice for democratic values, and I’m proud of the work we did together.” Climate Action Network-Canada tweeted the results of its climate emergency election survey, observing that “we asked,” and “the parties (mostly) answered”.

And an analysis Thursday in Politico’s Ottawa Playbook newsletter suggested the Green Party’s most profound impact in this year’s federal election might be in a half dozen out of the 86 constituencies where it failed to nominate a candidate. Politico listed seven ridings— four in British Columbia’s Lower Mainland, one in the “905” belt outside Toronto, one in Quebec, and one in Nova Scotia—where a Green candidate in 2019 took more votes than a Conservative’s winning margin over a second-place Liberal.

Global carried an impassioned opinion piece by Cathy Orlando, Sudbury-based international program director for Citizens’ Climate Lobby, whose daughter Sophia Mathur was an early leader in Canada’s #FridaysforFuture school strike campaign. Orlando urged politicians of all political stripes to listen to the rise of climate despair—including the 56% of youth worldwide who think humanity is doomed—stop treating climate change like a partisan issue, and get behind the level of action the climate emergency demands.

Given the limited meaningful attention climate change received during the campaign, “is it any wonder that many youths feel despair about the climate crisis?” Orlando asked. “Whether we like it or not, it is going to be up to us voters to make world-changing decisions for our youth with our votes.”