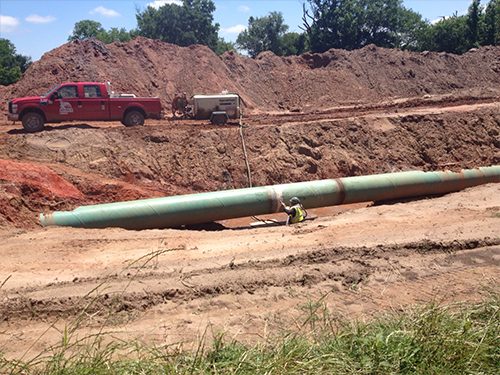 Canada is one of 15 countries to have their performance rated “highly insufficient” in Climate Action Tracker (CAT)’s latest rating of governments’ emission reduction plans under the Paris climate agreement.

Out of the 39 countries included in the analysis, accounting for 80% of global emissions, 29 have plans that are insufficient, highly insufficient, or critically insufficient, CAT concludes. That adds up to a bleak assessment for any hopes of keeping average global warming below the Paris target of 1.5°C.

“Almost every government in the world isn’t doing enough to cut greenhouse gas emissions, making it likely global temperatures will rise beyond the tipping point of 1.5°C in coming years,” Bloomberg Green writes, citing the report. “An increasing number of people around the world are suffering from ever more severe and frequent impacts of climate change, yet government action continues to lag behind what is needed,” said Bill Hare, CEO of Climate Analytics, one of the partner organizations in the CAT consortium.

“We absolutely need more governments to step up” and increase their climate ambition under the Paris deal, the consortium wrote in an email this week. “There are too many, especially amongst the big emitters and developed countries, who have not done so,” with about 70 countries failing to file any update at all with the United Nations climate secretariat.

Canada’s policies and actions to date set a course for average global warming between 3.0 and 4.0°C if the rest of the world followed suit, the Tracker says. The country shares the “highly insufficient” rating with big emitters like Australia, Brazil, China, India, and Indonesia, among others. Iran, Russia, Saudi Arabia, Singapore, and Thailand all landed in the highly-coveted “critically insufficient” category, consistent with a devastating 4.0°C world.

Only Gambia has a climate program that is fully compatible with the 1.5°C Paris target, while seven countries—Costa Rica, Ethiopia, Kenya, Morocco, Nepal, Nigeria, and the United Kingdom—are rated “almost sufficient”. Climate negotiators, policy-makers, international agencies, business and finance groups, and citizens around the world have been pushing hard for the 1.5°C target, knowing that every one-tenth of a degree between 1.5 and 2.0°C—or, for that matter, between 1.0 and 1.5°—is “a choice between life or death”.

The Tracker acknowledges a half-dozen recent policy developments in Canada, including an escalating carbon price through 2030, a 2035 target for all new passenger vehicles to be zero-emission, new methane reduction targets for the fossil industry, and a 30% reduction in nitrous oxide emissions from fertilizers, “which have substantially increased since 2005”.

“If Canada can successfully implement all of these announced plans, it would go a long way to closing the ambition gap and its rating would improve to ‘almost sufficient’,” CAT writes. But to get there, “Canada needs to walk the talk when it comes to policy implementation.”

Until now, “for every step forward, Canada also seems to take two steps back,” the Tracker says. “It continues to expand its pipeline capacity for fossil fuels, even though modelling by its own energy regulator shows that the additional capacity exceeds available supply under even relatively unambitious climate policy.”

The CAT assessment goes into detail on what’s worked and what hasn’t in Canadian climate strategy to date, including its approaches to domestic emissions reductions, climate finance, land use and forestry, net-zero targeting, and assuming a fair share of the international responsibility to cut carbon.

“Although we’ve been making significant progress by increasing our targets and implementing new actions, our policies still are not modelled to meet the requirements in our targets,” Tom Gunton, a professor of resource and environmental planning at Simon Fraser University, told CBC. “And our targets are still not consistent with the Paris climate goals to achieve a warming of no more than 1.5 to two degrees.”

1,600 Oil and Gas Wells Could Close as LA County Votes to End Drilling