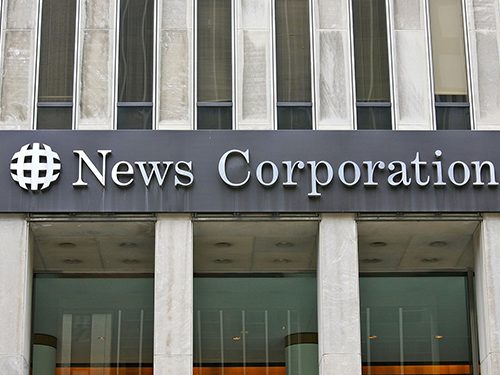 As COP 26 approaches and the public increasingly turns against shows of climate denial, Rupert Murdoch’s media empire is switching from denial tactics to predatory delay.

If a viewer were to take Murdoch’s News Corporation at its word, they might think the infamous engine of climate denial is “suddenly on Team Climate Action!” writes Renew Economy, citing the Sydney Morning Herald’s announcement that the media behemoth has directed its Australian outlets to prepare for a campaign urging a global target of net-zero emissions by 2050.

The reality is that, having realized that outright climate denial no longer sells copy in a country increasingly ravaged by drought and wildfire, Murdoch’s empire is downshifting into full-throttle predatory delay via “mitigation denial.”

Exhibit A in this shift in tactics is a two-week “net-zero by 2050” campaign, set to launch on October 17 across all News Corps media platforms in Australia. According to the Herald, the campaign “is expected to focus heavily on jobs in a decarbonized economy, particularly blue-collar industries such as mining, resources, and agriculture.”

What this campaign won’t be, predicts Renew Economy, is a sincere effort to push for rigorous and rapid climate action.

“It won’t allow any room for emissions reductions in line with the 1.5°C goals or the Paris Agreement; no short-term meaningful targets or actions such as those highlighted in the [International Energy Agency’s] recent ‘net-zero’ report.”

Nor will it “argue for a coal phase-out by 2030, or the end of all new coal, gas, and oil mines in Australia, or a ban on combustion engine sales by 2030-2035,” all critically important actions if “Australia is to align with any net-zero target,” Renew Economy adds.

News Corp has prepared its “mitigation denial” ground game in Australia with “uniquely low” coverage of the climate crisis over the summer, even as global coverage of extreme weather events spiked. And that’s to say nothing of the “decade and a half [that] News Corp lied about climate science with the blatant aim of protecting the revenue streams of the fossil fuel industry and protecting its political allies.”

RenewEconomy predicts that Australia’s climate-denying prime minister, Scott Morrison. “will almost certainly set a net-zero by 2050 target before COP 26, but it’ll be packaged with a collection of loopholes that allow for rising emissions in the short term.” That’s because “it is dawning on the government just as it is dawning on News Corp: the best way to protect the fossil fuel industry today is not to deny the science, but to pretend to accept it.”

It’s not the end of climate denial, RenewEconomy says, but simply “evolution from a common ancestor.”

That evolution—if that’s the word for it—seems to be happening more slowly in the United States, where the Murdoch-owned Wall Street Journal “continues to publish pieces attacking climate science,” reports Carbon Brief. This month alone, the journal has given space both to climate sceptic Holman W. Jenkins (ranting against media coverage of the Intergovernmental Panel on Climate Change’s latest science assessment) and to notorious “climate contrarian” Bjørn Lomborg, who aired his view that “Hurricane Ida isn’t the whole story on climate.”

The Wall Street Journal even went so far as to append the following “editor’s note” to Lomborg’s column, notes Carbon Brief: “As November’s global climate conference in Glasgow draws near, important facts about climate change don’t always make it into the dominant media coverage. We’re here to help. Each week contributor Bjørn Lomborg will provide some important background so readers can have a better understanding of the true effects of climate change and the real costs of climate policy.”