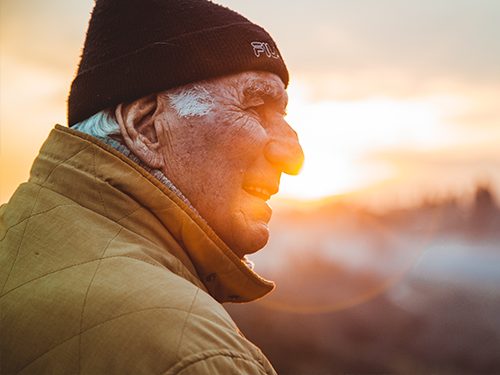 From “grey greens” being arrested for their involvement in Extinction Rebellion protests to people in their post-50s embracing no-meat diets and carless lives, older Britons are getting more involved in climate actions, both political and personal.

Among the elders arrested at one of a series of Extinction Rebellion events in London over the past few weeks was 93-year-old great-grandfather Arnold Pease, reports The Washington Post.

Pease, who walks with a cane and “carries a foldable stool for when he needs to sit down,” told the Post that “it’s desperately important to take serious action against climate change.” He and a number of other older protestors expressed their sense of personal responsibility for the escalating crisis: “It was their generation that drove gas guzzlers, thought nothing of flying abroad for a beach vacation in Spain, paid scant attention to deforestation in the Amazon. It was on their governments’ watch that carbon emissions climbed.”

Such sentiments are “not exclusive to Europe,” notes the Post, citing Bill McKibben’s recent Twitter launch of a new group called Third Act: “We’re going to try and organize ‘experienced Americans’—i.e., people over 60 like me—around issues of climate justice, racial justice, economic justice,” he wrote. “Our generations have done their share of damage; we’re on the verge of leaving the world a worse place than we found it.”

Back in the UK, elder climate rebels like 93-year-old great-grandfather and retired engineer John Lynes told the Post he hit the streets to fight for climate action in part because he understands how hard it is to protest to the point of getting arrested if you have a mortgage to pay or children to look after.

“For me, what does it matter if I’m arrested?” he asked.

Lissa Roy, a 58-year-old grandmother who used to work in logistics for a tech company, told the Post that she turned to Extinction Rebellion out of frustration: “I went on marches, signed petitions, wrote to my MP—it all gets ignored… So I got to the point I had to do something.”

While not everyone’s granny has joined Extinction Rebellion, the majority of over-50s in the UK believe their government “should be doing more to address the climate crisis, even if it leads to higher prices,” reports The Guardian.

That was the finding of a recent survey of 500+ people aged 50 and over. Almost 66% of those polled said they “want ministers to move faster on climate initiatives, regardless of whether it mean[s] products and services would be more expensive over time, or more difficult to access.”

Contrary to the oft-cited assumption that older people don’t care about the state of the planet, “the vast majority of midlifers we surveyed are already making changes to their own habits, from recycling more to consuming less, changing their travel habits, with some even giving up their car altogether,” said Stuart Lewis, founder of Rest Less, the senior-focused organization that conducted the study.