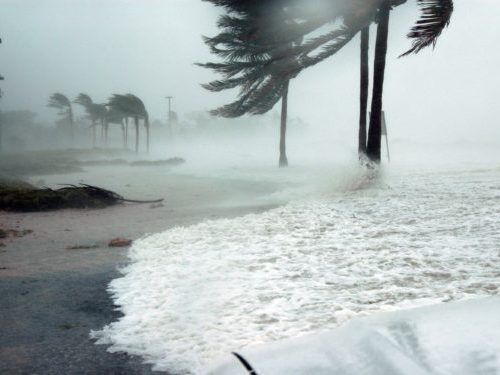 The effects of climate change may well escalate faster than expected, thanks to climate policies that won’t go far enough, fast enough to reduce warming and avert catastrophic consequences, warns essayist and activist George Monbiot in a recent post for The Guardian.

“If Earth systems cross critical thresholds, everything we did and everything we were—the learning, the wisdom, the stories, the art, the politics, the love, the hate, the anger, and the hope—will be reduced to stratigraphy,” Monbiot writes, referring to the academic discipline that studies geologic layers across time.

The recent science assessment by the Intergovernmental Panel on Climate Change (IPCC) makes clear that warming temperatures will push environmental systems to “tipping points,” where additional increments of greenhouse gas emissions can shift the structure of one of the Earth’s natural systems to produce a cascade of climate impacts out of proportion to the emissions themselves. While current climate plans could function “in a simple system like a washbasin, in which you can close the tap until the inflow is less than the outflow,” Monbiot explains, these plans “are less likely to work in complex systems, such as the atmosphere, oceans, and biosphere.”

The consequences of pursuing ineffective plans will be irreversible, says Monbiot. And he fears that, in some cases, it may already be too late.

“The old assumption that the Earth’s tipping points are a long way off is beginning to look unsafe,” he writes.

Signs that those thresholds are fast approaching include the weakening Atlantic meridional overturning circulation (AMOC), melting glaciers and polar ice caps, and thawing permafrost. The systemic shifts following these changes are felt through the kind of extreme weather, floods, and fires that plagued the world this past summer.

The current responses to these crises are not enough, Monbiot finds, and the commonly stated national climate target of reaching net-zero by 2050 is beginning to look “neither rational nor safe.” Many climate plans focus on technology to capture or absorb carbon, despite the IPCC report’s finding that large-scale use of this strategy is “subject to multiple feasibility and sustainability constraints.”

That means natural systems will become the only option for carbon absorption after continued emissions surpass the limits of carbon capture technology. And there is already “not enough land in the world to meet the promises to offset emissions that companies and governments have already made.”

At present, he says, climate policies are projected to lead to the planet warming by 2.9°C—far above the 1.5°C target that would largely avoid catastrophe. That means the remaining hope is to reach net-zero by both decarbonizing the economy and absorbing atmospheric carbon as fast as possible. However, Monbiot says, climate policies are being undermined by slow implementation and a lack of integrity.

“Many of the promises seem designed to be broken,” he writes.