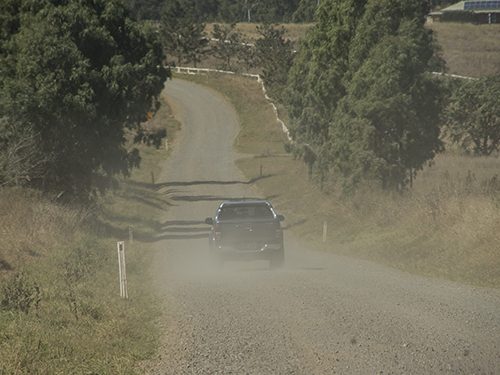 U.S. lawmakers can invest in small towns to reduce emissions with strategies drawing inspiration from bustling town centres, EV programs, and even a South Korean taxi service for rural seniors. But so far, their funding decisions are leaving those communities behind.

“Rural Americans need and deserve reliable and convenient transportation options, but current policies are failing them,” writes Transportation for America in its announcement of a new report calling for six changes that could “help the administration make things right.”

In the report [pdf], the policy research organization notes that transportation “accounts for the largest share of emissions in the U.S., and a full transition to electric vehicles is still decades away.”

“We will never meet urgent climate change goals unless we make it possible for Americans to drive less to reach jobs and other essentials,” the authors write.

Rural American drivers now travel significantly farther per trip than they did 20 years ago. Although urban dwellers have also increased their travel distances, “longer trips have the potential to pose much greater burdens on rural Americans, negatively impacting their economic opportunities, quality of life, and health care access” due to a more limited selection of employers and service providers.

Based on findings that households closer to downtown areas have much shorter daily trips, Transportation for America is calling on state and federal governments to invest heavily in rural town centres to provide more services, as well as local infrastructure to keep people safe when they travel without cars.

“For rural areas, where town main streets also often function as state highways with significant through traffic, prioritizing speed over safety can make the difference between a vital, thriving economic hub and an empty downtown where no one wants to stop, walk, or do business,” the organization says.

Among those most strongly affected by transportation policy are residents aged 65 and older, who can be left stranded without public transit infrastructure (which is entirely absent in 30% of rural American towns). According to a 2004 study, “older adults who no longer drive make 1% fewer trips to the doctor, 59% fewer trips to shop or eat out, and 65% fewer trips to visit friends and family than drivers of the same age,” reports Transportation for America.

Like American small towns, rural communities worldwide are trending toward older populations, and some offer models for possible transit solutions. I Seocheon, South Korea, example, a subsidized taxi service for isolated rural seniors has been successful enough that the framework is now “helping revolutionize public transportation” across the country, reports The New York Times.

Through the service, the government subsidizes taxi trips for seniors in remote areas as a solution that is more efficient than chartering buses to travel to sparse settlements—with road widening projects required to accommodate the larger vehicles.

While there is ample opportunity to cut emissions by shortening driving distances and subsidizing efficient transportation, electric vehicles can also help maximize outcomes from those investments. “State governments can help their residents take advantage of the benefits of cleaner transportation through smart, targeted programs,” writes the Union of Concerned Scientists (UCS), adding that rural residents can save on fuel and maintenance expenses by driving EVs.

Small towns will need substantial federal funding to make these changes. But in the current political environment, “many [rural] communities are swimming against the current of federal transportation policy,” the Transportation for America report warns. The infrastructure package recently passed by U.S. federal lawmakers reduced funding for transit infrastructure from US$49 billion to $39 billion after some senators argued for cuts, claiming “that rural residents don’t use transit.” These senators are blatantly ignoring the many rural residents who either do use transit, or would if it were not “too poorly funded or non-existent.”

Transportation for America is careful to point out that small-town drivers are not major contributors to the nation’s carbon emissions and “shouldn’t be the primary target of strategies to reduce emissions from personal vehicles.”

But rural Americans can still benefit from investments that encourage driving less, and policy-makers have a clear interest in facilitating “shorter trips to save time and money, reduce emissions, and serve the millions of rural residents who either don’t have access to a vehicle or choose to get around in other ways.”