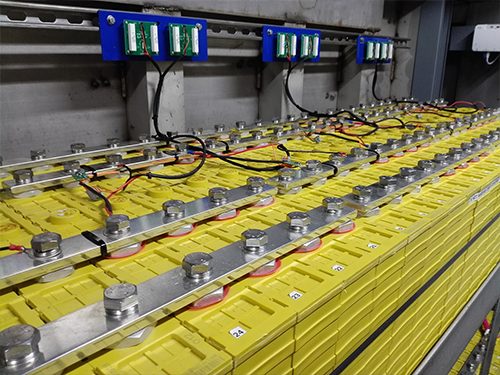 The owner of the world’s biggest grid battery, the 400-megawatt/1600-megawatt-hour Moss Landing Energy Storage Facility south of San Francisco, ordered an investigation earlier this month after an “overheating incident” took 300 MW of storage capacity offline, even though nothing caught fire.

“An in-built safety system had detected that the modules were operating at a temperature above operational standards and triggered a sprinkler system, bringing the overheating back under control and averting a fire, but the local fire department was called as a precaution in the record heat wave conditions of that weekend,” RenewEconomy reports.

The facility’s owner, Texas-based Vistra Corporation, “says it is now working alongside teams from battery manufacturer LG Energy Solution, engineering firm Fluence, and ‘other external experts’ to gather information and begin their investigation into the root cause of the issue.”

The operator wouldn’t predict timing to restart the battery while the investigation is under way.

“With safety as its No. 1 priority, the company is taking a conservative approach and keeping the entire facility offline as it investigates the root cause of the incident,” Vistra said in a statement. “The Phase II 100-MW system, which is located in a separate building on site, has not been affected by the event. It is currently available for operation.”

Moss Landing is part of California’s plan to maintain sufficient electricity capacity on a grid where aging power lines have been implicated in several deadly wildfires. Vistra has a long-term “resource adequacy” contract with utility Pacific Gas & Electric, RenewEconomy writes, and received permission in August, 2020 to expand its capacity at Moss Landing to 1,500 MW/6,000 MWh.

At the time, CEO Curt Morgan said the battery would fill a “reliability gap” by storing excess electricity during the day and releasing it to the grid during periods of peak demand. “But that role is now on hold until the root of the overheating problem—not to mention any damage caused by the sprinklers—is fully understood and addressed,” RenewEconomy says.

“More than 4,500 racks or cabinets that each contain 22 battery modules—that’s nearly 100,000 modules,” and “we will inspect every one of them,” a company spokesperson told EnergyWire. “We are confident it is a matter of when, not if, the facility returns to service,” but “speed is not our goal here—safety is.”