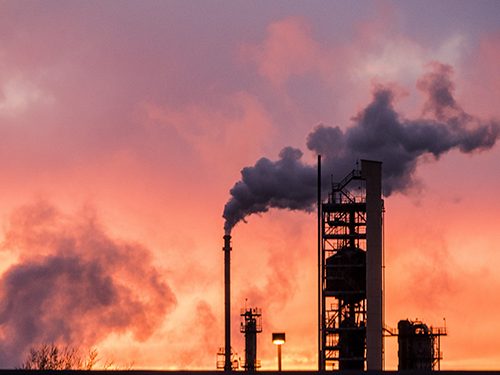 International climate groups kicked off a season of high-stakes meetings and report releases with a call from 2,185 scientists and researchers to back the Fossil Fuel Non-Proliferation Treaty (FFNPT), and a demand from more than 150 organizations that the International Energy Agency (IEA) put climate stabilization at the heart of its energy futures modelling.

The thousands of academics supporting the FFNPT issued their appeal on the eve of the United Nations General Assembly in New York, urging governments to negotiate an international treaty to “tackle the climate crisis at its source: fossil fuels,” the treaty campaign announced this week. The signatories are urging governments to end new expansion of fossil fuel production, “phase out existing production in a manner that is fair and equitable,” and invest in ensuring 100% access to renewable energy around the world.

“The current dominant approach to tackling climate change focuses on policies that restrict greenhouse gas emissions and the demand for fossil fuels,” the declaration states. But those efforts “will be undermined if supply continues to grow. Continued production means either that fossil fuels will continue to be burnt for energy—pushing the world towards catastrophic global warming—or that the industry and countries reliant on fossil fuels will face massive stranded assets, stranded workers, and stranded economies.”

Then, in an open letter released yesterday, a group of more than 150 civil society organizations joined Oil Change International’s call on the IEA to #FixTheWEO, its annual World Energy Outlook, by basing its primary projection of future energy demand on a 1.5°C future. [Disclosure: Energy Mix Productions is one of the signatories.]

The Paris-based agency took a giant step in that direction in May, with a 1.5°C pathways report that called for no new fossil development and projected oil and gas demand falling drastically by 2050. But the annual WEO, which the IEA modestly styles as the “gold standard” of energy analysis, has received scathing criticism in the past for overstating the future importance of fossil fuels, consistently underestimating the uptake of renewable energy, and failing to align its energy projections with the goals of the 2015 Paris climate agreement.

With the release of this year’s WEO, currently scheduled for October 13, Oil Change and its allies say the IEA has a chance to break the pattern.

“The Net Zero by 2050 scenario represents a major step forward for the IEA and we commend you and the team that produced it,” the open letter states. “Concluding that ‘there is no need for investment in new fossil fuel supply’, among other critical recommendations for how governments must accelerate the phase-out of fossil fuels, was a groundbreaking and necessary outcome of rigorous analysis of what it will take to achieve the 1.5˚C goal.”

Now, the groups are urging the IEA to make the net-zero projection the primary scenario in this year’s WEO—since it’s that primary scenario that guides government policies and trillions of dollars in investment worldwide.

The letter calls on the agency to “strengthen the Net Zero by 2050 scenario by cutting over-reliance on carbon capture and storage (CCS), fossil gas, nuclear energy, and bioenergy,” maintain its “strong focus” on halving global carbon pollution by 2030, continue calling for a 4% global decrease in energy intensity, put the onus on rich countries to decarbonize faster than the Global South, and ensure equity and justice in the mineral supply chains that back up a clean energy economy.

#FixTheWEO has details on what it will take for the IEA to put a Paris-compliant energy scenario at the heart of its 2021 World Energy Outlook next month.