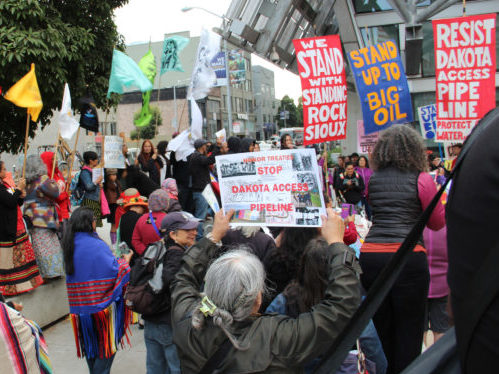 A record 227 activists working to protect environmental and land rights were murdered in 2020, says the latest in a series of annual reports from Global Witness.

“Almost a third of the murders were reportedly linked to resource exploitation—logging, mining, large-scale agribusiness, hydroelectric dams, and other infrastructure,” writes BBC News in its coverage of the research.

Global Witness calculated that, since the adoption of the Paris Agreement in December 2015, an average of four activists have been murdered every week. And “shocking” as that number is, Global Witness says an accelerating crackdown on journalists means the reporting likely falls short of the reality on the ground.

Indigenous people are tragically overrepresented in the report, constituting a full third of victims. The Independent reports that nine Indigenous leaders in Peru have been killed since the start of the pandemic in a bid to put an end their defence of the Amazon.

Colombia saw the greatest number of activists killed (65), while the logging industry was linked to the greatest number of murders (23) worldwide, with assassinations taking place in Nicaragua, Brazil, Peru, and the Philippines. Activists fighting coal mines, or to protect drinking water supplies, are also being robbed of their lives.

Global Witness senior campaigner Chris Madden urged governments to “get serious about protecting defenders,” calling the latest dataset “another stark reminder that fighting the climate crisis carries an unbearably heavy burden for some, who risk their lives to save the forests, rivers, and biospheres that are essential to counteract unsustainable global warming. This must stop.”

Galvanized by the murder of Honduran activist Berta Cáceres, who was working to prevent a hydroelectric dam from being built on sacred Indigenous territory when she was shot and killed in March 2016, has been U.S. Representative Hank Johnson (D-GA). His proposed Berta Cáceres Human Rights in Honduras Act, which would “limit U.S. funding to Honduras until all of Cáceres’ murderers were brought to justice and the country makes significant improvements combating corruption and impunity in its judicial and administrative systems,” is making its way through the House, Inside Climate News writes. It currently has 58 Democratic co-sponsors.

Johnson said he’d “like to see the United States take a more forceful stand around the world when it comes to human rights violations,” Inside Climate says.

That same spirit is driving current efforts to have the International Criminal Court include the formal crime of “ecocide” in its mandate.