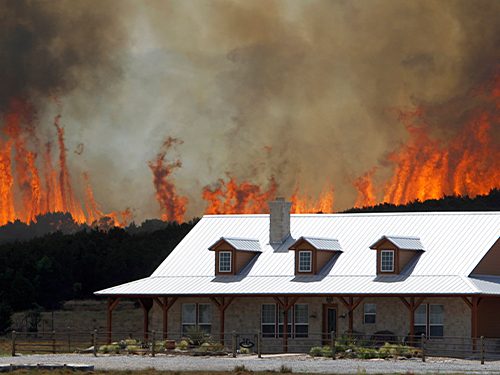 Small, rural towns in the United States are struggling to stay afloat after recurring extreme weather has depleted funds and prompt migration, raising questions about how to address climate damage in communities that are disappearing.

“Adapting to climate change in the United States arguably comes down to a brutal decision: When to build back, and when to help move people away from threats that are only getting worse,” writes The New York Times.

With the increasing frequency of climate shocks, towns that could have once withstood occasional weather damage are now being slammed repeatedly, and before they are able to recover. And the repercussions of that damage are difficult to contain. “Places hit repeatedly by hurricanes, floods, and wildfires are unravelling: residents and employers leave, the tax base shrinks, and it becomes even harder to fund basic services,” reports the Times.

“If you look at what the folks here called downtown, really the only business that came back was the U.S. Post Office,” said Al Leonard, a town planner for Fair Bluff, North Carolina. He told the Times his own job may have to be eliminated following damage from Hurricane Ida.

The same bind is affecting many residents, too—those who cannot afford to keep repairing their properties often leave them behind, resulting in even less tax revenue for the municipality. Meanwhile, in the surrounding areas, housing prices rise to meet demand from the new migrants.

Various U.S. government programs are now mobilizing to lend support, by both buying out damaged homes and funding rebuilding efforts, notes the Times. However, limited coordination between agencies means the two programs can end up working at cross purposes.

The Times points to Princeville, North Carolina as an example of colliding priorities. The U.S. Army Corps of Engineers is building a levee to protect the town while other federal funds pay residents to leave the area altogether, even as money and resources are spent to keep them safe.

“If we are seeing significant numbers of people who want to stay in Princeville, then I want them to be protected,” said Laura Hogshead of the state Office of Recovery and Resiliency. “If everyone’s going to move, then that’s a different conversation.”