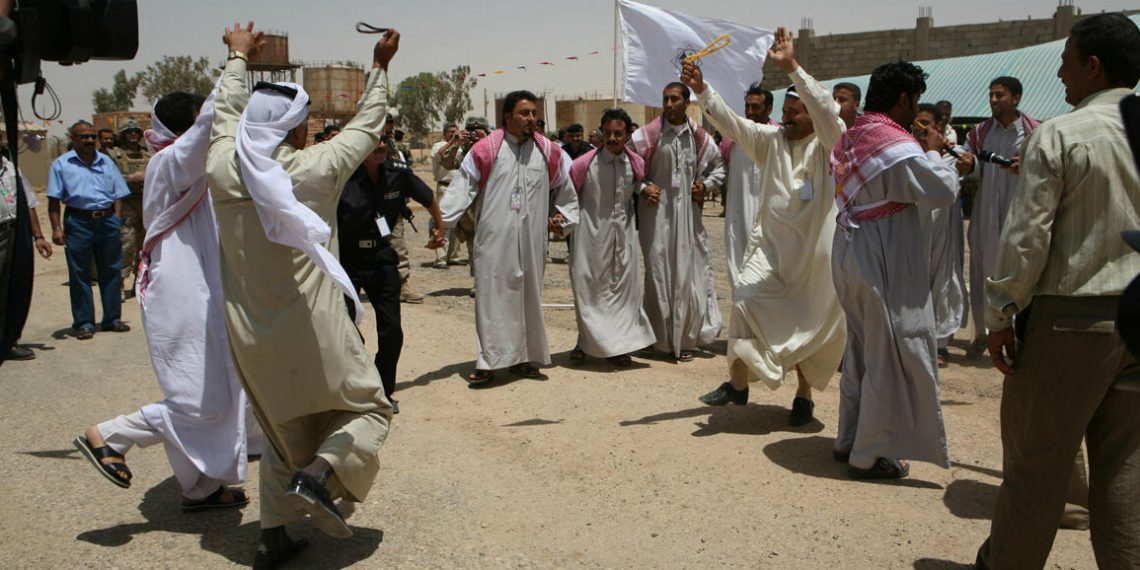 Iraq, the planet’s sixth-largest oil producer, urges the world to move from fossil fuels and focus on renewable energy.

LONDON, 7 September, 2021 − The deputy prime minister of Iraq and the executive director of the International Energy Agency are urging the Organisation of Petroleum Exporting Countries, Opec, to move from fossil fuels and shift into renewable energy.

The “unprecedented” opinion piece  in The Guardian appeared ahead of a major meeting of the decades-old oil cartel earlier this week, reports Guardian reporter Fiona Harvey.

“To stand a chance of limiting the worst effects of climate change, the world needs to fundamentally change the way it produces and consumes energy, burning less coal, oil, and natural gas,” write Ali Allawi, who is also Iraq’s finance minister, and the IEA’s Fatih Birol.

“If oil revenues start to decline before producer countries have successfully diversified their economies, livelihoods will be lost and poverty rates will increase.”

Moreover, “in a region “with one of the youngest and fastest-growing populations in the world, economic hardship and increasing unemployment risk creating broader unrest and instability,” they add.

The Guardian says the OPEC meeting on 3 September was also expected to discuss climate change − an unusual topic for a gathering usually devoted to managing the world price of oil − ahead of this year’s United Nations climate conference, COP 26, in Glasgow.

The top-line news from the meeting was that Opec will stick with plans for a gradual increase in oil production, while increasing its estimate of 2022 oil demand, Reuters reports.

In their article, Allawi and Birol cite the IEA’s landmark net-zero roadmap, published in May, which called for a 75% reduction in global oil output and 55% cut in natural gas production by 2050.

“Beyond projects already committed as of 2021, there are no new oil and gas fields approved for development in our pathway, and no new coal mines or mine extensions are required,” the IEA concluded.

“The unwavering policy focus on climate change in the net-zero pathway results in a sharp decline in fossil fuel demand, meaning that the focus for oil and gas producers switches entirely to output − and emissions reductions − from the operation of existing assets.”

“There are promising initiatives, but reaching net-zero emissions will require much stronger actions and much greater international collaboration”

The two authors add that oil-producing regions are already bearing the brunt of the global crisis their product has been so instrumental in creating and accelerating.

“In the Middle East and North Africa, global warming is not a distant threat, but an already painful reality,” they write. “Rising temperatures are exacerbating water shortages. In Iraq, temperatures are estimated to be rising as much as seven times faster than the global average.”

But “countries in this region are not only uniquely affected by global temperature rises: their centrality to global oil and gas markets makes their economies particularly vulnerable to the transition away from fossil fuels and towards cleaner energy sources,” they add. So “it’s essential the voices of Iraq and similar countries are heard” at COP 26.

After the IEA released its report in May, Saudi oil minister Prince Abdulaziz bin Salman famously described the agency’s conclusions as “La La Land”, later vowing his country will extract every last molecule of oil in its possession. While “Saudi ministers have flirted with climate action,” The Guardian’s Harvey writes, “none have seriously suggested a policy to cease oil exports.”

But “some oil producers have taken a more dovish stance. Oman, which is no longer an OPEC member, is pursuing hydrogen as a potential low-carbon fuel for the future. [The United Arab Emirates] is also working on hydrogen, and boosting renewables, and recently inaugurated a new nuclear plant. Egypt, Morocco, and Jordan are among other countries in the region with sizeable renewable energy programs.”

Now Iraq is taking a different tack, as well. After seeing its poverty rates double in 2020 − not due to the COVID-19 pandemic, but primarily because of crashing oil income − Iraq “cannot allow the livelihoods of millions of families to continue to be dictated by the vagaries of an unpredictable oil market,” Allawi and Birol write.

“Redressing this will require policies and investments that enable oil and gas-producing countries such as Iraq to channel capital and labour into productive industries for the future and stimulate the private sector.”

Iraq is already laying plans to reduce its dependence on hydrocarbon exports and refocus on “environmentally sound policies and technologies,” they add, and “the energy sector could play a role here by making use of the region’s vast potential for producing and supplying clean energy.”

In a remarkable pitch for a clean energy transition, Allawi and Birol lay out a menu of options for Iraq to pursue − beginning with curbs on gas flaring in a fossil industry that accounts for 40% of its emissions, then extending to energy efficiency and renewables − with “tremendous economic benefits” as a consequence.

“The worst potential solar sites in Iraq get up to 60% more direct energy from the sun than the best sites in Germany,” they write. “And yet the solar plants that Germany has built to date together offer two and a half times the electricity capacity of all Iraq’s operational oil, gas, and hydropower plants combined.”

“More than at any point in history, fundamental changes to the economic model in resource-rich countries look unavoidable,” Birol told Harvey. “Countries in the region have been making some efforts on the energy transition.

But any move from fossil fuels may be some time in coming. “There are promising initiatives [among oil producers], but as is the case for many other countries around the world, reaching net-zero emissions will require much stronger actions and much greater international collaboration,” said Birol. − Climate News Network

This report first appeared on the site of our Canadian partners The Energy Mix on 1 September and is republished here by courtesy of them.