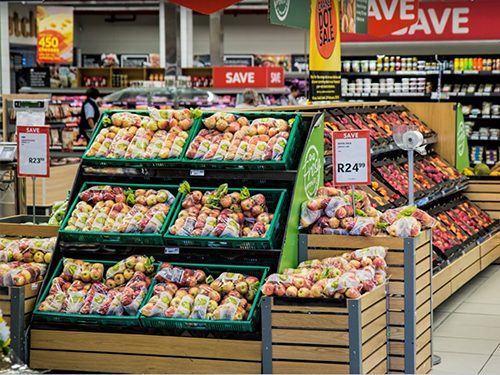 Canadians have started to pay more for groceries as severe drought drives up prices for agricultural commodities, and experts say more price hikes are likely this fall.

And food policy analysts are pointing to climate change as one of the underlying factors, The Canadian Press reports.

At The Bon Ton Meat Market in Calgary, owner Greg Keller said the spike in retail beef prices over the last two months has been “unbelievable,” with the cost of some items rising by 10, 15, or even 20%.

The price of flour, cereal, and some produce items has also crept up since spring, and more increases are expected this fall.

A number of factors are behind the recent sticker shock, CP says, including global population growth driving long-term demand for food, as well as a weaker Canadian dollar and the return of restaurant dining as COVID-19 public health restrictions are lifted.

This year, however, grocery prices are also being affected by the extreme heat and drought plaguing Canadian farmers and ranchers.

Sylvain Charlebois, director of the Agri-Food Analytics Lab at Dalhousie University, said he expects an average 5% rise in food prices this year—meaning Canadian families could spend close to $700 more on groceries in 2021 than they did the year before. “It’s likely the highest jump in food prices in recent history, in dollars (unadjusted for inflation),” Charlebois said. “And I think the worst is yet to come.”

Tom Steve, general manager of the Alberta Wheat Commission, said drought has also been a problem in other major crop-producing countries—including the United States and Russia—this year. “With a substantially smaller crop, it’s going to put a lot of upward strain on prices and sheer availability,” he told CP. “This drought will definitely have an impact on the consumer.”

Already, canola is trading at near-double normal levels, at $20 per bushel. Canadian spring wheat is hovering around $11 per bushel, where normally “farmers would be happy with $7,” Steve said.

“It’s basic supply and demand,” he said. “The processors are going to have no choice but to pass these prices on to consumers.”

The spike in the cost of feed grains is one reason consumers are seeing higher beef prices, said Brian Perillat, manager and senior analyst with Canfax, the market analysis arm of the Canadian Cattlemen’s Association. “In the last year or two we’ve seen barley prices double. They’ve gone up from $4 a bushel to over $9,” Perillat said. “That’s a major input to beef production.”

Perillat added when it comes to meat prices, the full impact of this year’s drought is still ahead. Up to 20% of the Canadian cattle herd may be sold off by ranchers who can’t afford to feed their animals.

Charlebois noted that farmers who manage to make it through this year’s harvest with a salvageable crop will benefit from the high commodity prices. But prices mean little to those whose fields are scorched and dry. “If you’re a farmer and you have something to sell, you’ll make good money,” he said. “But you need something to sell.”

This report by The Canadian Press was first published Aug. 31, 2021.