Arctic Melt Could Increase Risk of Viruses Jumping Between Species 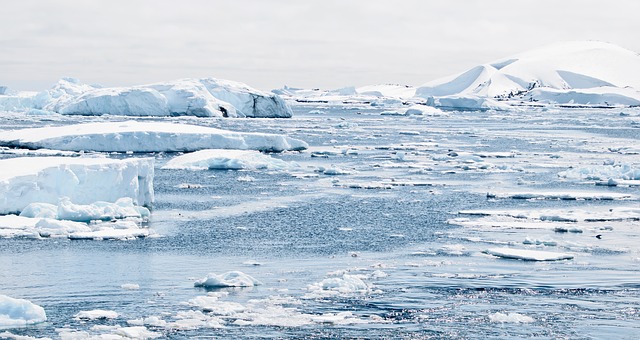 A new study has found that the risk of a virus crossing species in one of the Arctic’s largest lakes could be increasing with glacier melt.

A research team from the University of Ottawa came to this tentative conclusion after gathering genetic data from sediment and soil from and around Lake Hazen on Ellesmere Island in Nunavut. Using an algorithm developed by a separate team, the researchers assessed “the chance of coevolution or symbiosis amongst unrelated organisms,” writes The New Scientist.

The results showed that the risk of viral spillover was “higher in lake samples nearer to the point where larger tributaries—carrying more meltwater from nearby glaciers—flow into the lake.”

Noting that the algorithm wasn’t able to reveal the mechanism behind the increased spillover risk, co-author Stéphane Aris-Brosou said one possibility is that “extra run-off simply increases the mixing of species because their local environment is disturbed, physically bringing together viruses and potential new hosts that wouldn’t otherwise encounter each other.”

Lead author Audrée Lemieux was swift to caution that her team isn’t in the business of predicting pandemics. “Our main finding is we show that, for this specific lake, the spillover risk increases with the melting of glaciers,” she said.

But while a scarcity of “bridge vectors”—creatures like mosquitoes that act as conduits for viruses—means that there is a low risk today of infectious diseases emerging out of the Arctic, Lemieux added, this happy situation stands to change as global heating accelerates, making the poles far more hospitable to far more creatures.

India Could Gain Trillions of Dollars by Acting on Emissions: Deloitte