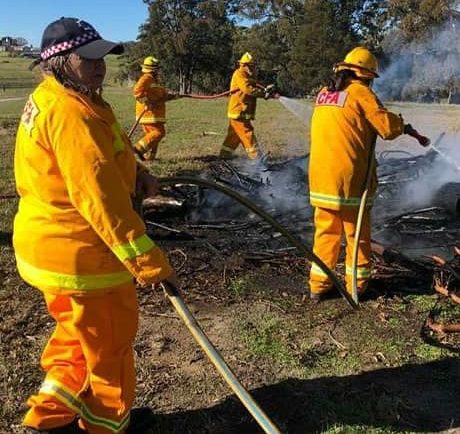 First Nations in the North Thompson region of British Columbia are making the case that all-Indigenous fire crews can deliver the local knowledge that has been missing from the province’s wildfire response.

“It’s taken a couple of years to come to fruition, but we’ve finally signed an agreement with the province that does see us have our own initial attack crew,” Simpcw Chief Shelly Loring told CBC.

Years of pleas for change from the community turned into action after the 2017 fire season, when the B.C. Wildlife Service responded to fires north of Kamloops without prioritizing the areas in and around Simpcw territory. After that, Simpcw leadership and a group of volunteers took the initiative to organize a crew that would meet B.C. Wildfire Service requirements.

“We identified a gap with having the local knowledge that’s really critical about fighting these fires,” said Ron Lampreau Jr., fire chief with the Chu Chua Volunteer Fire Department. “[We] know the back roads, [we] know our territory.”

The initial attack crew has up to five rotating members who are dispatched by the Wildlife Service’s Kamloops Fire Centre to any new blaze within 120 kilometres of Simpcw land. The project is receiving interest and support from other Indigenous communities, and from forestry partners, CBC says.

While the Simpcw First Nation crew is fighting wildfires, other Indigenous groups in B.C. want to modernize provincial policies for prescribed burning practices, reports The Guardian. Traditional controlled burns have helped manage wildfires for centuries, and groups are now calling for more autonomy for First Nations to manage burns on their own territory and on surrounding lands.

B.C. government officials say they support prescribed burning and have assisted First Nations with the practice, but they add that the activity must follow pre-existing environmental regulations.