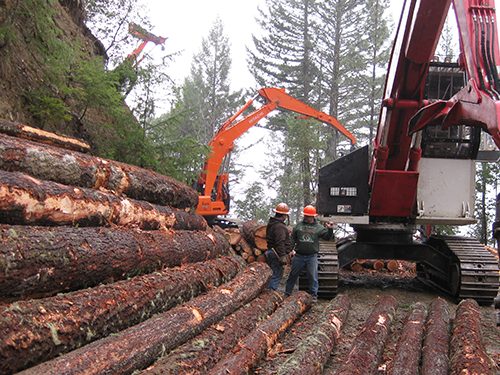 The U.S. Forest Service promotes forest thinning to manage fires, but an expert ecologist says the practice is a euphemism for logging—and makes fires worse.

“Wildfires can always turn tragic, but the greater tragedy in…Paradise, which was largely destroyed during the 2018 Camp Fire, and other towns is that they put their faith in logging operations miles away rather than proven, community-based fire prevention measures,” writes Chad Hanson, an ecologist with the John Muir Project, in a post for Grist.

Hanson says Greenville, a town that burned in California’s recent Dixie Fire, was one of several to join together in a pro-logging consortium in the 1990s. The group petitioned Congress to initiate pilot projects to slow wildfires by creating fuel breaks through forest thinning. In theory, thinning creates buffers between forests and towns by removing trees that would otherwise feed flames. The practice allows companies to continue harvesting trees, and theoretically avoids the negative consequences of logging by providing better forest management.

The U.S. Forest Service—which, says Hanson, has a primary mandate for “selling public trees to private logging companies”—developed the term forest thinning in the 1990s in response to negative public perceptions of logging. Since then, he contends, the term has nearly replaced any reference to logging in much discussion, and politicians have thrown funding into supportive research for forest thinning as a management tool.

Now, the government response to the ongoing wildfires is to continue investing in forest thinning and other practices to remove “fuel” from forestland. Provisions in the recently-passed bipartisan infrastructure package in the U.S. “increase taxpayer subsidies for the logging, forest biomass incineration, and wood pellet industries by billions of dollars,” Hanson writes.

“They also include extreme rollbacks of bedrock environmental laws, including the National Environmental Policy Act, to facilitate widespread logging on public and private lands.”

For Hanson, the evidence suggests the U.S. Fire Service should stop its current management strategies. Instead of funding “chainsaws and bulldozers in the forest”, he says governments should direct dollars to “home hardening” techniques that reduce properties’ flammability.

“We’ve seen one historic, thriving mountain town after another destroyed by fires in recent years,” he writes. “It’s almost entirely avoidable and preventable if we focus directly on community protection.”