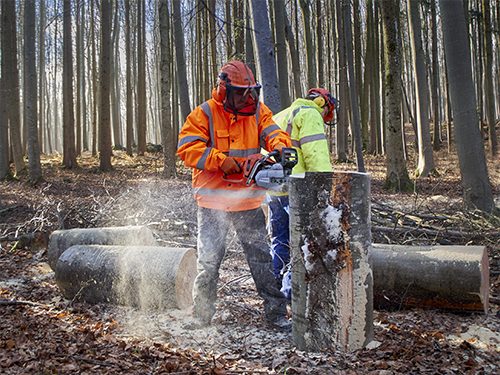 Citing the imperative to preserve forests as carbon sinks, a 40-year veteran of the British Columbia Forest Service is urging the province to substantially reduce its annual allowable cut, put an end to clearcutting, and stop accepting inflated job data meant to justify practices that are far from sustainable.

“Jobs in British Columbia’s forest sector have become a talisman exploited by the forest industry and its associations in persuading politicians of the importance of the sector to the provincial economy,” writes Anthony Britneff in a recent op-ed for the Times Colonist.

That this talisman remains so potent owes to efforts by industry lobbyists like the Council of Forest Industries and the Truck Loggers’ Association to exaggerate employment statistics with jobs only tangentially tied to the industry, even as the number of actual forestry jobs continues to fall.

“If Statistics Canada counted jobs this way, we would have many more jobs than there are residents in the province,” he observes.

Britneff calls for an 80% reduction in the 50,000 direct forestry jobs in the province, leaving only 10,000, a seemingly radical notion that he defends on two grounds. The first is that the climate crisis demands a rethink of B.C.’s nostalgic image of itself as a lumberjack. “Tree-cover loss expressed as area per capita is greater in B.C. than in most forested countries of the world,” he writes. “This rate and extent of clearcut logging has a large carbon footprint.”

He adds that “highly flammable clearcuts”, along with the young plantations that are the offspring of industrial-scale logging, have become a “significant driver” of the increase in size and intensity of wildfires—an impact that directly harms public health and safety.

On top of the smoke and loss, wildfires in B.C. “have increased in size and intensity so dramatically that they, together with logging, now exceed fossil fuels as the province’s major source of climate-destabilizing carbon”—a factor he says the provincial government has “deftly” chosen to omit from its carbon accounting. That’s not to mention clearcutting impacts like biodiversity loss (“the relentless extermination and extirpation of animals, plants, and fungi”), drinking water contamination, and—critically, in this era of drought—groundwater depletion.

Then there’s the question of just how much bang B.C. citizens are getting for the forestry industry’s buck. The answer, Britneff says, is not much. Despite industry PR to the contrary, “the forest sector contributes a meagre 2% to the provincial gross domestic product and only 2% to the provincial labour force.”

The facts on the (clearcut) ground suggest B.C. is being taken for a ride by countries determined to protect their own ecosystems, he adds.

“The excessive rate of clearcutting is permitted by a grossly inflated allowable annual cut,” says Britneff. But B.C. residents are not benefiting as much as they might think: “Only 20% of the forest products derived from clearcutting is destined for our domestic market.” Who gets the remaining 80%? “Export markets mostly in the United States, China, and Japan, all of which have higher standards for the conservation and protection of old-growth forests than does B.C.”

With the world increasingly aflame, Britneff recommends a radical reconfiguration of the province’s priorities. What’s needed, he says, are policies that make protection, not extraction, the central plank of forest work in British Columbia.