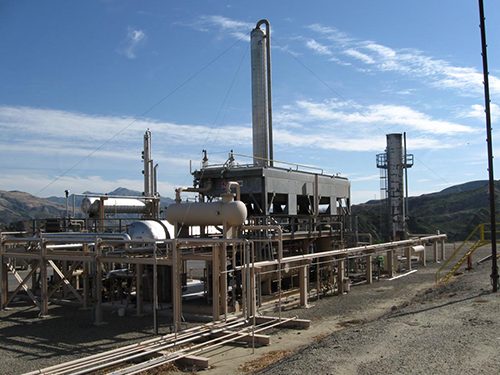 A dangerous carbon dioxide pipeline rupture in Satartia, Mississippi, last year is a foreshadow of the risks people face in the U.S. and elsewhere if the fossil industry and governments push through with plans to expand carbon capture and sequestration infrastructure.

“Beyond the suffering of those who lived through [the rupture], the fact that the Biden administration is poised to commit unprecedented billions to carbon capture and sequestration (CCS) technology—putting CCS at the centre of the country’s strategy for reducing greenhouse gas emissions—further magnifies the importance of Satartia’s CO2 accident,” reports The Huffington Post.

Denbury Inc., the oil recovery corporation that operated the pipeline (then known as Denbury Resources), used the CO2 to flush oil out of wells, thereby increasing their yield. The company knew of the risks from prior CO2 blowouts occurring on oilfields, but the Satartia rupture was the world’s first known instance of mass exposure to piped CO2, HuffPost says.

Local officials misidentified the green fog for several hours after the pipe burst on February 22, 2020. Hospitals and emergency response teams were similarly untrained to treat the many residents who experienced health effects from the carbon dioxide and hydrogen sulphide that had been released.

“Smaller exposures cause coughing, dizziness, and a panicky feeling called ‘air hunger’,” the news story explains. “As CO2 concentrations get higher and exposure times longer, the gas causes a range of effects from unconsciousness to coma to death.”

Pipelines like the one in Satartia are an integral part of U.S. President Joe Biden’s plan for reducing national carbon emissions. The plan envisions a vast expansion of pipelines to move millions of tonnes of collected CO2 to underground storage areas. A recent Princeton University study calls for a network spanning more than 100,000 kilometres by 2050.

And even that would only be able to move 15% of current U.S. emissions. Experts say that’s not enough to have any effect on climate change, noting that CO2 infrastructure would have to exceed the more than four million kilometres of existing petroleum pipelines. That would likely mean extending CO2 pipelines into more heavily populated areas.

Few studies regarding CO2 pipeline safety issues have been carried, HuffPost writes. Yet policy for expanding CCS and CO2 pipelines continues to move forward. Biden’s climate team and the fossil industry have “gotten behind CCS as a technology that, it hopes, would allow continued production so long as the emissions are buried underground.”

Some of the citizens who lived through the Satartia leak are calling for greater caution, reports HuffPost. Army veteran and Satartia resident Hugh Martin said the expansion plan “doesn’t make any sense,” particularly when safety concerns have not been addressed in existing infrastructure.

“I think there’s real basic questions that need to be answered first,” he said.

Saskatchewan Clings to Carbon Despite Vast Potential for Renewables