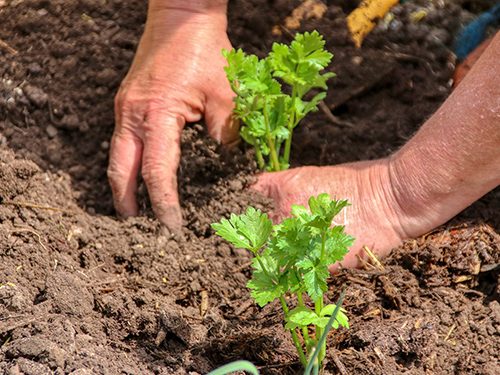 Canada’s climate conversations have largely left out Indigenous voices and land-based knowledge, but a seed-saving group in northeastern British Columbia is showing a different way forward.

A small group of heritage-crop testers in Fort St. John “is part of 270 growers across the continent who will document the crops’ behaviour to conditions in their own regions,” reports The Globe and Mail. “Each participant’s findings are helping construct a large bank of data, serving as a road map to identify more resilient and adaptable food sources for farmers and gardeners in the face of a warming planet.”

The Northern B.C. cohort is led by Tiffany Traverse, a Secwépemc land and seed steward, who says crop resilience is but one part of a larger mission.

“It comes back to caring for the land and to help inform how we’re going to move forward in any kind of conservation,” she told the Globe. “Where I see myself is just helping to weave those pathways between the Western science-informed lens, but also to really advocate and elevate Indigenous voices…helping them get more resources, capacity, recognition.”

By adapting crops to regional conditions, the group says it can help improve food security for the Peace River Regional District, where they conduct their trials. The region has “thick, finicky soil” and early frosts, leaving residents largely dependent on trucked-in food. The group hopes that by researching how different heritage seeds grow in these harsh conditions, they can find crops that can thrive where less resilient ones have failed—potentially improving food security in the Peace River region.

“Indigenous people have been doing that forever,” said Traverse. “Stories in that ancestral memory are so closely tied to seed for me.”

The promise of land-based knowledge to build resilience—for both communities and food systems—is revealing itself in the heirloom greens that Traverse and her peers are coaxing from “loamy, clay soil, washed by spring flood water and baked in recent heat waves.” But because the federal government fails to include Indigenous people in policy conversations, it is neglecting these pathways in its climate conversations, said Rebecca Sinclair, research and policy analyst with Indigenous Climate Action.

Elders and people with expertise “should be part of consultations, with the expectation that their knowledge is thought of and honoured the same way a Western scientist’s knowledge is,” writes the Globe, citing Sinclair.

Until that happens, said Traverse, her seed-saving group can be a launchpad for food sovereignty efforts in remote northern communities. She envisions starting a northern hub of seed savers with land and water stewards to grow locally adapted, native crops that will not be owned, patented, or commoditized.

“Everything [Indigenous Peoples] need to do has to be led by us, on the land and in community. Being dispossessed of our lands, we were forced to survive and thrive in a Western agricultural world,” she told the Globe. “We really are the ones who will solve our own territorial needs and solutions to climate change and ecosystem loss. But we also need resources and the ability to come together and share knowledge and practices on the land that are being lost.”