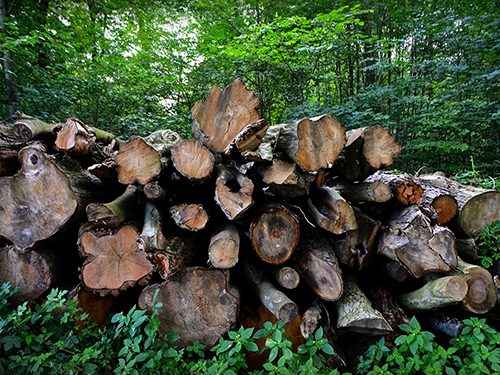 A year of protests and civil disobedience in the Fairy Creek valley on southwest Vancouver Island has brought old-growth logging onto the agenda for the federal election, with more than 700 people arrested at least once in a bid to stop Surrey, B.C.-based Teal Jones from cutting trees in the watershed.

With protests escalating, RCMP arresting people across a wider part of the area, frequent accusations that police are using unjustified force, and one officer caught on video instructing a journalist to “be silent”, the issue “appears to be boiling over from its spot in the forest, and into the federal election campaign,” the Toronto Star reports.

With the total number of arrests approaching 800 last week, Fairy Creek is on track to become the biggest civil disobedience protest in Canadian history, surpassing the acclaimed War in the Woods on Clayoquot Sound in 1993, The Narwhal writes. “This is getting close to one of the biggest acts of civil disobedience in Canadian history,” said University of British Columbia sociologist David Tindall. “I think it’s quite possible that the numbers will exceed Clayoquot Sound.”

The Narwhal has photos and video of police removing face masks from protesters, gouging at their eyes, and attacking them with pepper spray.

“I think it’s getting harder to ignore us,” Fairy Creek organizer Joshua Wright told the Star. “When you market yourself as a party that wants to do something about climate change and meanwhile you’re overseeing the arrests of hundreds of land defenders…you have to be feeling the pressure.”

The protests began with a focus on the provincial government, after B.C. Premier John Horgan broke his promise to end old-growth logging. Teal Jones took out an injunction against the protests in May, and the RCMP has been enforcing it.

But more recently, with “RCMP officers dismantling protest camps that have been in place for a whole year, the movement is again coming into the public spotlight,” the Star writes. “The enforcements resulted in large numbers of arrests each day,” and protesters “have alleged the enforcement actions have been too heavy handed and militaristic.”

Spokesperson Sgt. Chris Manseau told the Star the RCMP’s tactics haven’t changed; they’ve just moved into territory where Teal Jones wants to operate. But the force’s behaviour is resonating on the campaign trail, with MP Jack Harris (NDP-St. John’s East) calling for a federal investigation after peaceful protesters said they were pepper sprayed by police.

Along the way, “what began as a protest against logging in the Fairy Creek watershed has broadened into a larger political issue, with protesters taking to the streets in cities across the province, and leaders of the movement promising not to stand down until the provincial government commits to banning all old-growth logging for good,” the Star says.

“As this movement has gained public support and notoriety worldwide, it’s taken on something that is wider than protecting one watershed,” said blockade participant Luke Wallace. “In my opinion, this movement is about a province-wide moratorium on old-growth logging.”

In a detailed explainer on the dispute, the Star’s Alex McKeen points to the moment when the focused broadened from Fairy Creek to protecting all old growth: Nine months after the protests began, the province announced a two-year deferral of old-growth logging, with elected and hereditary leaders of three First Nations saying they would use the time to develop a sustainable logging plan for the area. Now, “we are going to stay there until there is a unilateral end to old growth logging,” Wright told the Star.

On August 21, the Liberal Party campaign promised a C$50-million B.C. Old Growth Nature Fund. The statement committed to “reaching a nature agreement with the province of British Columbia to protect more of the province’s old growth forests and expand protected areas,” treating First Nations, workers, and communities as “partners in shaping the path forward”, and attracting further funding from other partners.

“This urgent situation requires urgent action, and the Liberals are the only federal party proposing concrete steps and funding to support the province in protecting iconic old growth forests,” said North Vancouver Liberal candidate Jonathan Wilkinson, who served as environment minister until the campaign began August 15. “As a British Columbian, I was especially disappointed to see [NDP Leader Jagmeet] Singh fail to reference the protection of old growth forests in his nature protection ‘plan,’ particularly given he has been an elected representative of our beautiful province.”

Ken Wu, executive director of the Endangered Ecosystems Alliance, told The Narwhal the Liberals’ announcement “gets the ball rolling” to save the last of the province’s old-growth. “The province are the conservation laggards, who so far have essentially committed nothing significant for old-growth protection,” he said. “Without the critical funding it’s all pie in the sky, and will default back largely to the status quo of liquidating the last of the old-growth.”

The Narwhal has more on the threat to old-growth forests across B.C.