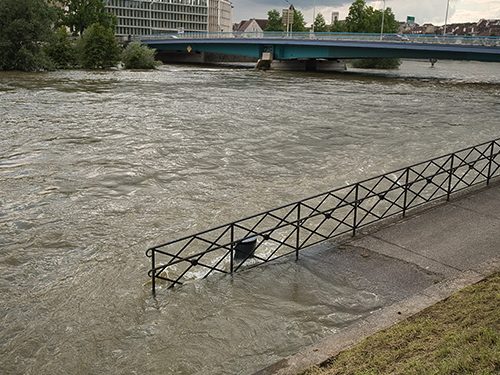 A new round of attribution research is showing how this summer’s deadly floods in Western Europe were supercharged by climate change, just as the UK Met Office reports that 2020 was the continent’s warmest year on record.

“The rapid attribution analysis by an international team of 39 scientists analyzed the floods that killed at least 184 people as they washed away centuries-old towns in northeastern Germany and the adjacent Low Countries in mid-July after record extreme rainfall persisted across the region,” Inside Climate News reports, stressing that the research by World Weather Attribution has not yet been through peer review.

“The study analyzed historical weather data and used climate models to determine that global warming made the flooding between 1.2 and 9 times more likely, and made rainstorms in the region 3% to 19%  more intense.”

The rainfall “broke old records by margins so great that it’s difficult to accurately model how frequently such events might happen in a warmer future, because there are no similar past events for comparison, which ‘challenges the limits’ of attribution science,” Inside Climate adds, citing the research team.

But there’s “no time to wait for science to catch up with the urgent need for action,” said University of Reading hydrologist Linda Speight. “The message I take away from this is that when floods occur they are getting more extreme, and if the Earth continues to warm they will continue to do so.”

Study co-author Enno Nilson of the German Federal Institute of Hydrology said that, at one point in the four-day flood last month, the small, regional Ahr River flowed at a rate equivalent to the powerful Upper Rhine River.

“The study also identified similar risks in a larger region extending from the Netherlands to the Alps, and shows that the intensity of one- and two-day extreme rain would increase another 0.8% to 6% if global warming reaches 2°C above the pre-industrial level,” Inside Climate says.

Almost concurrently with the World Weather Attribution release, the Met Office reported that Europe “experienced its warmest year in 2020 by a considerable amount,” with temperatures 1.9°C above the 1981-2010 average. The difference in annual average land surface air temperature across 16 European countries cited in the release ranged from 1.2°C in Spain and 1.5°C in France to 2.8°C in Ukraine and 2.9°C in European Russia.

“It’s a record that keeps playing over and over again,” said NOAA climate scientist Jessica Blunden, who’s co-led the annual survey for 11 years. “Things are getting more and more intense every year because emissions are happening every year.”