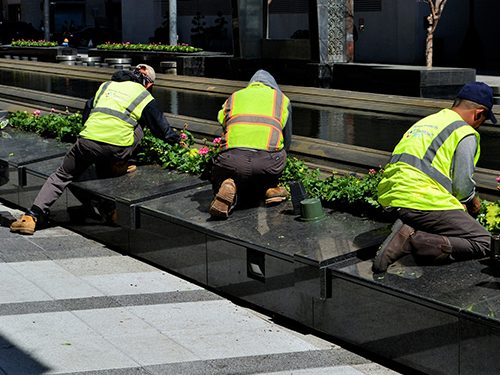 “The bill, which was passed by the Texas Senate in May, strips municipalities of the ability to regulate employment benefits and policies, and was proposed in order to stop cities from issuing protections related to the COVID-19 pandemic, like mandatory sick leave,” says Grist.

Daytime temperatures in Texas routinely reach 38°C and higher, creating potentially dangerous conditions for people working outside. Following a “thirst strike” by the Workers Defense Project in 2010, the city of Austin passed an ordinance requiring employers to provide a 10-minute water break every four hours.

“Going too long without water, rest, and ways to cool off can result in dehydration, heat exhaustion, or heatstroke, which can be deadly,” writes E&E News in its coverage of the bill.

However, if state Republicans succeed in passing S.B. 14, the new bill will remove Austin’s authority to pass any employment regulations, including the water-break ordinance. Workers are concerned they will no longer be able to claim their right to stay safe and hydrated, a situation that could have dangerous consequences as climate change makes extreme heat more common.

“The three-year average of worker heat deaths has doubled since the early 1990s, and…workers of colour have been hit hardest,” Grist reports, citing research by National Public Radio and Columbia Journalism Investigations.

Although some American cities can only exercise powers expressly granted by their state government, municipalities in Texas, which allows for Municipal Home Rule, are free to pass any ordinance that doesn’t conflict with state or federal law, explains the Community Environmental Legal Defense Fund (CELDF). However, state lawmakers can limit this local autonomy—as the Texas Republicans aim to do with S.B. 14—by passing laws that deliberately conflict with municipal ordinances, a practice referred to as pre-emption and explained further in this CELDF fact sheet [pdf].

In the bill, Texas Republicans write that its purpose is to streamline a “patchwork of different burdensome regulations” that are difficult for employers and employees to navigate. They say it is better to let worker safety policies be determined by employers or state and federal lawmakers, in order to keep regulations consistent and prevent cities from “micromanaging” businesses, writes E&E.

Texas’s legislature was stalled for several months after House Democrats left the state to avoid the passage of voting restriction laws by Republicans, who hold a majority of votes. Now that the Democrats have returned, Republican Governor Greg Abbott has an opening to push the bill, writes Grist. It is moving forward at a time when surging COVID-19 cases have left hospitals overflowing with patients, putting stress on the state’s health care system.

“There is no room for someone who is in an accident on a construction site or who has been dehydrated; there is no room for anyone,” Austin City Council Member Gregorio Casar told E&E. “S.B. 14 threatens all those basic protections meant to keep people alive and safe at work.”

U.S. Coal and Gas Investors Could Lose $68B Due to Renewables’ Rapid Rise