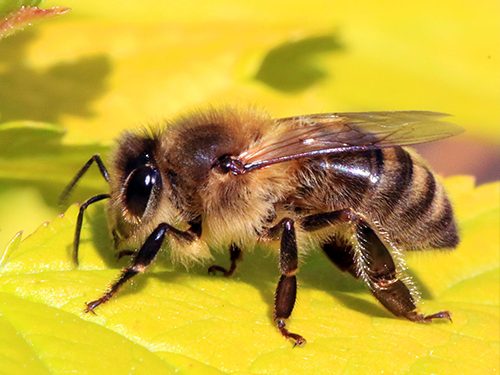 The world’s pollinators are in decline—and scientists now have a surer idea of why. The bees, butterflies, wasps, beetles, flies, bats, and hummingbirds yes, animals and birds, too) that shift pollen from one flower to another and help three-fourths of the world’s food crops to fruit and reproduce are on the way out. Oblivion awaits insects and other pollinators because of the things humans have done, and go on doing.

And it will be humans that could pay the biggest price as the decline goes on. “What happens to pollinators could have huge knock-on effects for humanity,” Lynn Dicks, of the University of Cambridge in the UK told Climate News Network.

“These small creatures play central roles in the world’s ecosystems, including many that humans and other animals rely on for nutrition. If they go, we may be in serious trouble.”

Dicks and 20 of her colleagues from around the world report in the journal Nature Ecology & Evolution that they assembled all the evidence of pollinator decline so far and then tried to weigh the range of factors at work in the loss of the little flying things on which the rest of the living world depends.

The loss is real enough: one recent study recorded a 75% decline of flying insects in 30 years in one location. Another warned that by the century’s end, half of all insects could have gone.

The loss of insects cannot be separated from the plants on which they depend: many of these too are at increasing risk of extinction.

The biggest factor in this chronicle of loss is habitat destruction: that is, the clearance by farmers, developers, and foresters of the natural wildernesses in which the pollinators evolved.

The second problem is posed by the way humans manage the land that has replaced those natural ecosystems: monoculture farming, intense grazing, and fertilizer use leave many insects with nowhere to go and nothing to eat.

Widespread pesticide use actively eliminates many species, some of them yet to be identified, Climate News Network adds. Climate change, with a shift in the conditions in which the insects evolved, and increasingly hostile temperatures, is for the moment only the fourth most powerful factor.

The challenge is compounded by a growing demand for food: in the last 50 years there has been a threefold increase in crops that depend on pollinators, and the value of such crops could be as high as US$577 billion (£420 billion) a year.

But across two-thirds of the planet, this buzz of insect activity could be at risk: crop yield could become increasingly unreliable. “Crops dependent on pollinators fluctuate more in yield than, for example, cereals,” Dicks said.

The continent with most to lose is South America, with cashew, soybean, coffee, and cocoa providing both food and the basis of international trade. China and India, too, are heavily reliant on fruit and vegetable harvests that depend on pollination. And there are less substantial benefits delivered by insects that could be about to fly away forever.

“Pollinators have been sources of inspiration for art, music, literature, and technology since the dawn of human history. All the major world religions have sacred passages about bees,” Dicks said.

“Pollinators are often the most immediate representatives of the natural world in our daily lives. These are the creatures that captivate us early in life. We notice and feel their loss. Where are the clouds of butterflies in the late summer garden, or the myriad moths fluttering in through open windows at night?”

“We are in the midst of a species extinction crisis, but for many people that is intangible,” she added. “Perhaps pollinators are the bellwether of mass extinction.” − Climate News Network