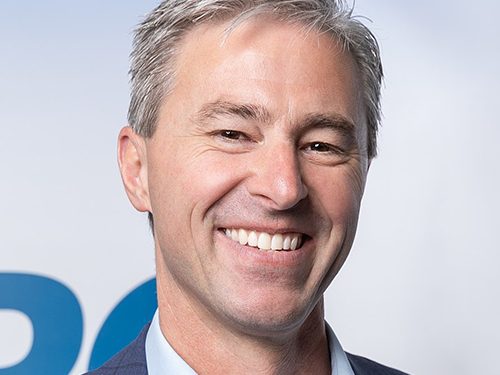 While pundits parse an unexpected provincial election result in Nova Scotia for clues on the federal campaign, closer observers say the rise of Premier-Designate Tim Houston’s Progressive Conservatives points to a pragmatic governing approach in a province that has quietly led the country in some aspects of the energy transition.

Climate and energy groups in Nova Scotia spoke up against offshore oil and gas exploration during the provincial election campaign, and the issue is expected to re-emerge once Houston’s new majority government takes office. But after more than a decade of steady progress in key areas like energy efficiency, spanning all three parties with seats in the provincial legislature, the next few months seem likely to entrench a broad political consensus on climate action, rather than blowing it up.

Observers’ first impulse last week was to look to the PCs’ surprise win as a sign of strength for the federal Conservative Party campaign. But Houston himself put paid to that notion last March, after delegates to the federal Conservative policy convention rejected a resolution recognizing that “climate change is real” and declaring themselves “willing to act”.

He added: “People that honestly look at the distinction between the parties would see a very, very strong track record of the Nova Scotia PC Party on the environment file.”

On the campaign trail this summer, Houston deliberately labelled himself a “red Tory”, said Lori Turnbull, associate professor of political science at Dalhousie University in Halifax.

So “I don’t think this is a sign that conservative things are coming on the federal level to Nova Scotia.”

The Nova Scotia Conservatives’ campaign platform leads off with sections on health care, mental health, and seniors’ services that dominated the party’s successful campaign. The section on “sustainable prosperity” and a green economy is sixth of six, beginning on page 113 of a 130-page document.

But once it gets started, the document acknowledges climate change as an emergency caused mainly by human activity. “Climate change affects everyone,” it states. “There is no need to fight over whether climate change needs to be addressed. The debate must now be over HOW it is addressed.”

The program says Nova Scotia has been a leader on environment and economy since 2007, when a PC government introduced the Environmental Goals and Sustainable Prosperity Act (EGSPA) with “more than 20 targets to help Nova Scotia become cleaner and more sustainable.” That plan “was recently discarded and watered down by the Liberals, with key components that would have brought Nova Scotia international pride and world-leading sustainability being removed,” it adds.

The program lays out a series of goals and commitments for the new government, including:

• A protected area network comprising at least 20% of Nova Scotia lands and waters;

• A new approach to “ecological forestry”;

• Support for diversity, inclusion, and equity in environmental decisions;

• Deliberate efforts to attract green businesses to the province.

Efficiency Canada Policy Director Brendan Haley said Nova Scotia’s efforts to clean up its electricity system and reduce energy demand have made it “the most important province to look at in terms of Canada’s energy transition. It’s doing the things the rest of the country needs to do to transition to a low-carbon economy.”

That effort begins with one of the country’s most carbon-intensive electricity systems, added Haley, a former energy coordinator at Halifax’s Ecology Action Centre (EAC) who later studied provincial energy policy under a post-doctoral fellowship at Dalhousie University. But now, “it’s importing hydroelectricity, and it has a strategy to leverage that hydroelectricity to bring on more renewables. It has developed renewable energy quite aggressively compared to most other provinces. And that’s really a vision for the rest of the country,” in which provinces with installed hydropower connect with those that still depend on fossil-generated electricity and shift those systems to renewable energy.

Nearly 15 years after EGSPA, Haley said Nova Scotia has just seen an election in which all three political parties supported at least an 80% renewable electricity target by 2030, with New Democrats pitching 90%.

“The point is not that it’s going to deliver amazing greenhouse gas reductions, but that there’ve been lots of lessons learned,” he told The Energy Mix. “There’s leadership on energy efficiency. It’s also one of the jurisdictions that historically developed renewables with a strong community element, which avoided some of the conflicts that we saw in Ontario, in particular.”

While it isn’t clear what balance any of the three parties would now strike between smaller-scale, community renewable projects and larger industrial installations, “we’ve come a long way,” he added. In 2007, while Haley was working at the EAC, “we advocated for a very deep reduction at the time. It was called the Deep Green Scenario, and it was a 75% greenhouse gas reduction in the electricity system. It was considered the utopian, crazy scenario. Now the political parties are supporting 80% renewables. It’s still just the electricity system, so it’s the low-hanging fruit, but it’s still an indicator of how far we’ve come.”

One of Haley’s successors at the EAC, Climate Policy Coordinator Kelsey Lane, saw progress and limitations in the parties’ positioning on climate. “Generally, the platforms we saw from each party are a step up from what they’ve done in the past, so that’s a really positive note,” she told The Mix. “However, none of the parties had a climate platform that fully addressed the climate emergency that is currently at hand.”

Lane said the province is still pouring taxpayer subsidies into offshore oil exploration, with the Canada-Nova Scotia Offshore Petroleum Board’s latest call for bids due to close November 3. That’s in spite of polling that shows four in five Nova Scotians supporting a transition to renewable energy and greater energy efficiency, with training and support for affected workers, she added, so “there’s a clear public basis for calls to end fossil fuel subsidies”.

Toward the end of the campaign, an offshore alliance led by the Sierra Club Canada Foundation called on all the parties to commit to no new fossil fuel development in the province.

“This is a measure of the sincerity of a party’s pledge to address the climate emergency,” said SCCF Director Gretchen Fitzgerald. “It will be a challenge to reduce our emissions, but further offshore oil and gas development will make it impossible.”