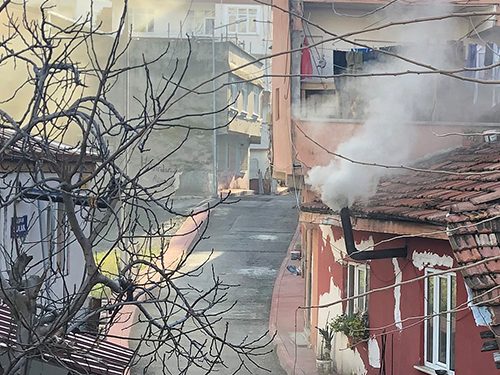 The evolving role of climate risk in the global real estate market and insurance markets could gentrify low-risk areas while pushing less-privileged people to the regions hit hardest by climate impacts.

“There are examples all around the world, where different shifts of population are crowding out people when they move because of climate change, stress, or shock,” Tulane University associate professor of real estate James Keenan told CBC News.

“What we found out with Katrina was, the first people to move were those who can afford it,” he told CBC. “And then those who couldn’t were stuck there.”

This new pattern of climate gentrification could reshape low-risk areas as havens for the wealthy, while people with fewer resources are forced to live in unsafe environments. Research indicates that the regions hardest hit by climate change could include Canada’s Arctic, which is forecast to experience longer fire seasons, and coastal areas, which will likely see “severe flooding throughout the rest of the century,” CBC reports.

In a further complication, people who can only afford to live in higher-risk areas will likely be left paying disproportionately high premiums for their homes as insurance companies look to recoup their own losses from climate impacts. Bloomberg Green reports that climate change is “exacerbating extreme and freak weather events so rapidly that even the insurance industry is struggling to keep up.”

In fact, one of the world’s leading reinsurance companies, Swiss Re, recently issued a mid-year report showing US$40 billion in losses caused by natural catastrophes. The insurance losses, the company’s second-highest on record, increased even though total economic losses decreased 31% from the previous year.

Martin Bertogg, Swiss Re’s head of catastrophic perils, explained that the increase in insurance losses was largely driven by minor damages from “secondary perils” like snowstorms and wildfires—something a large proportion of Americans are covered for. He told Bloomberg that insurers need to upscale their “risk assessment capabilities for these lesser monitored perils,” which will likely result in a spike in premiums for many homeowners.

To prevent these negative effects from triggering climate gentrification, citizens must demand “political courage” from government leaders to “mitigate the impact of climate change on housing and infrastructure and more policies like taxes on foreign buyers and empty homes,” said Andy Yan.

“We just can’t afford to surrender,” he told CBC.