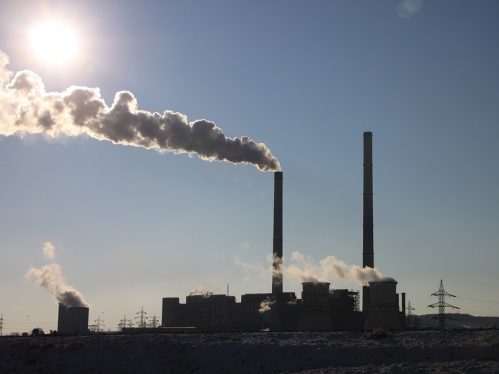 The chair of the UK Hydrogen & Fuel Cell Association quit his job this week rather than “betraying future generations” by endorsing a lobbying position that accepted fossil-generated “blue” hydrogen alongside the renewably-produced green variety, Recharge News reports.

“I believe passionately that I would be betraying future generations by remaining silent on the fact that blue hydrogen is at best an expensive distraction, and at worst a lock-in for continued fossil fuel use that guarantees we will fail to meet our decarbonization goals,” Christopher Jackson wrote in a LinkedIn post.

“I fully appreciate the energy transition cannot be achieved by one silver bullet, and green hydrogen alone cannot solve all the world’s challenges,” he added. “Equally, I cannot ignore or make arguments for blue hydrogen being a viable and ‘green’ energy solution (a fact also validated by external studies). As chair of the UK HFCA, my role has been to represent the interests of all, even when I disagree. However, I feel I can no longer do this in good conscience.”

Jackson, who’s also the CEO and founder of green hydrogen and fuel cell project developer Protium Green Solutions, pledged to main focus “on what matters more than anything else—building UK green hydrogen projects that add value to end users and that accelerate the decarbonization of our economy,” Recharge News adds.

“I fervently believe that without green hydrogen, we are guaranteeing that the world will fail in its efforts to prevent temperature rises above 1.5°C by 2050,” he said. “And for me, the idea of failure isn’t an option I can accept.”

Jackson made his move after the UK government released a “twin-track” strategy to build five gigawatts of “low-carbon” hydrogen capacity by 2030. The two tracks included both green and blue hydrogen, despite ample warnings from scientists and campaigners “that using blue hydrogen could perpetuate the use of fossil fuels for decades, and would waste precious resources by building up parallel infrastructures for blue and for green H2,” Recharge says.

Late last week, eminent U.S. researchers Robert Howarth of Cornell University and Mark Z. Jacobson of Stanford University warned that “blue” hydrogen produced from natural gas has a 20% higher greenhouse gas footprint than just burning gas or coal for heat, even with carbon capture technology added to the system, due to the uncontrolled, largely unmeasured methane emissions emanating from fracked gas. In its blockbuster science report last week, the Intergovernmental Panel on Climate Change called for aggressive controls on runaway methane emissions from shale gas, oil extraction, and animal farming as a cornerstone of any effort to get the climate crisis under control.

The response to Jackson’s LinkedIn statement was largely positive.

“A principled and courageous stand by Christopher Jackson,” wrote Toronto-based chemical process development expert Paul Martin. “Now if only more green #hydrogen proponents would step up and make it clear that they don’t see ‘blue’ hydrogen as either transitionally useful or as any part of a valid decarbonization strategy, then perhaps I could spend less of my time fighting against the spreading hydrogen #hopium addiction!”

“Like many areas, it’s important to get the scientific fact to the public and decision-makers,” added James Murray, a product manager with Maersk Tankers in Copenhagen. “I fear that the UK could be greenwashing and continuing as though climate change is not a risk.”

A combination of greenwashing on the part of the fossil fuel industry and ‘green-wishing’ on the part of government, is the problem—in the UK, but not just in the UK,” Martin replied.