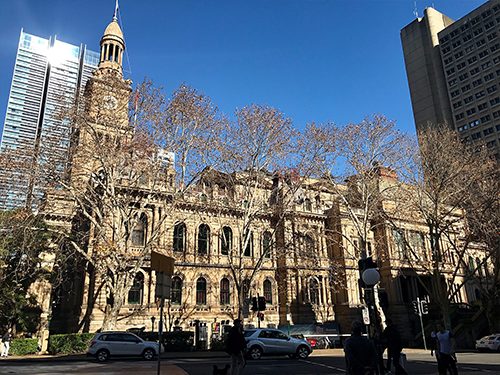 The city council in Sydney, Australia unanimously endorsed the Fossil Fuel Non-Proliferation Treaty this week, on a motion by Lord Mayor Clover Moore.

Citing last week’s landmark science assessment by the Intergovernmental Panel on Climate Change, Moore pointed to the “desperate need to phase out fossil fuel use, with a global just transition,” the Treaty campaign site reports.

The city, which set a carbon-neutral target in 2007 and declared a climate emergency in 2019, joins a list of endorsees that includes Toronto, Barcelona, Los Angeles, and the Australian Capital Territory, the campaign notes in a release.

“Australia is a country on the front line of climate change—recent devastating drought, catastrophic bushfires, and severe storms have proven that. We are also a wealthy nation and the largest per capita emitter in the OECD. And yet, we are a country without legislation on climate change or a meaningful commitment to reducing emissions and transitioning to renewable energy,” Moore said.

“If we are to limit global warming and halt dangerous runaway climate change, we need large-scale, rapid, and sustained emissions reductions and we must reach net zero emissions as soon as possible. It is time for Australia to join the growing global movement to phase out fossil fuels faster, fairly, and forever.”