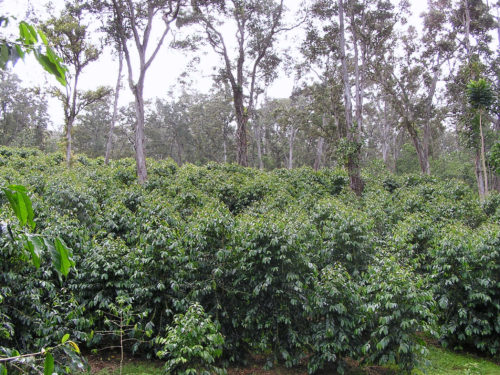 As extreme weather in Brazil, political turmoil in Colombia, and pandemic-related shipping bottlenecks conspire to push the price of coffee beans up nearly 43% this year alone, small roasters are wondering how they will survive.

The Globe and Mail says an unprecedented combination of drought and extreme frosts has driven the price of Brazilian coffee beans to a whopping US$2.49/pound, up more than 40 cents from last year.

And then there was the political turmoil that rocked Colombia in April, leaving the world’s third-biggest coffee-exporting giant able to ship only a third of its usual monthly shipment in May.

Finally, shipping bottlenecks, especially out of large coffee producers like Vietnam, have led to steep increases in costs.

Thanks to their capacity to buy their supplies months in advance, morning joe giants like Starbucks and Nestlé have been well-insulated from at least this current spike in prices, reports the Globe and Mail. Not so your local micro-roastery.

But Quincy Henry, co-owner of Campfire Coffee in Tacoma, Washington—which had barely opened when the pandemic arrived—said the cost hikes have him wondering how high a price increase his customers will absorb when they themselves are struggling with their own economic recovery.

What happens next in Brazil will largely determine the future price of your morning jolt, the Globe says. Growers will have to assess just how badly their coffee plants were damaged this year by the repeat blows of drought and frost. And, quite possibly, wildfire.

“If the damage is bad enough,” writes the Globe, “growers may have to ‘stump’ their trees, or cut them down to the base, which means it will be three years before the next harvest.” At best, the harvest “could be delayed a year” if farmers decide the damage is nothing a good pruning won’t fix.

Either way, anyone who wants to save their local roastery should be prepared to pony up a bit more cash for their cup.