‘So Now What?’ Time to Join Hands, Face the Crisis Together after IPCC Science Report 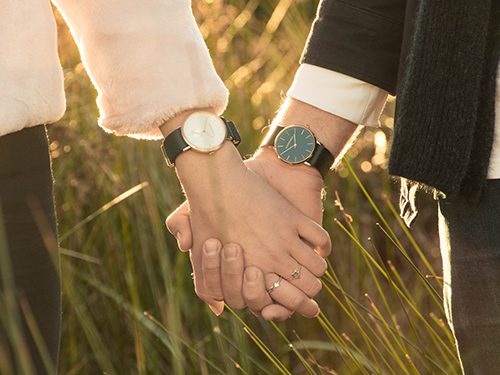 Last week’s science report by the Intergovernmental Panel on Climate Change (IPCC) report has been dubbed a “code red for humanity.” Tempting as it is to delve into the report’s takeaways, Sierra Club Atlantic Chapter’s Tynette Deveaux focuses instead on how to wrap our heads around its daunting prognosis for the planet.

Paul Hawken, author of Drawdown and the forthcoming book Regeneration: Ending the Climate Crisis in One Generation, pointed out in a recent interview with The Tyee, “We are being home-schooled by planet Earth. The changes in climate are feedback.” He encourages us to see climate as a teacher, rather than an opponent.

If you think about it, that’s how we tend to respond to other difficult life situations. We get a frightening medical diagnosis and muster the courage to undergo surgery and treatment, or we decide to change unhealthy habits rather than suffer the life-altering consequences. Unfortunately, the situation has to be pretty dire for most of us to take immediate and sustained action.

People in Canada are slowly waking up to the fact that the climate crisis is indeed dire. For some, it has come as a knock on the door and someone telling them they have only moments to evacuate because of a wildfire or flood.

Joanna Macy, a pioneer of the deep ecology movement (she’s 92 years old), suggests we begin by saying to ourselves and others, “Honey, we’re going to get through this.” We do this, she says, by joining hands and facing our fears together. We don’t wait to act until we have the brightest idea; we just start to connect. When we do, we realize how powerful and rewarding it is—not only for effecting change, but also for experiencing a deep sense of community and belonging.

Why does this come before all else? A few reasons:

• The climate and ecological crises are too great to face alone. If we’re not turning to each other, there’s a good chance we’re turning to distractions to numb the pain. There is no shortage of these: junk food, alcohol, Netflix, TikTok, and so on. It’s only when we connect with the community and the natural environment around us—as well as our own feelings—that we begin to realize another way of being is possible.

• No one is coming to save us. This was first told to me by longtime community organizer Ben Price (you can listen to that conversation here).

Our elected leaders and governments have made lots of climate promises, but most are really doing very little, very slowly. In many cases, their small climate efforts are cancelled out by bigger, less publicized moves to maintain the status quo.

For example, the Biden administration’s US$1.2-trillion bipartisan infrastructure deal is raising serious concerns about its ability to address the climate crisis. This week, Time Magazine reported, “The bill provides nothing tangible to expedite the country’s urgent need to transition towards renewable energy,” Time Magazine reported this week. “It does not address our dependence on fossil fuels, and instead further enables it.”

• We have power, each and every one of us. That power doesn’t end with a vote for our elected representatives every four years. We’ve bought into the idea that we have to make our peace with negligent governments and double-crossing elected representatives. But why? Would we tolerate this behaviour in any other aspect of our lives? Would we accept it from our child’s teacher or principal? Would we shrug it off if it were coming from a colleague? Would we wait four years to fire our employee who was pocketing money from the till or giving it to their friends?

• We have power when we recognize that we do. By joining hands, it’s easier to feel that power and use it.

For some of you, I’m saying things you already know and are already doing. For others, this may sound more far-fetched. Perhaps you don’t feel ready to let the future of the world rest on your shoulders, even if it’s a small piece of it.

Wherever you are on the spectrum, please know that it’s okay. This is a journey, and we all have to travel at our own pace. If you’re not ready to jump in and roll up your sleeves, we’ll hold a place at the table for you.

In the meantime, brace yourselves for the heat alerts and air quality advisories appearing on your smartphones, and know that you’re not alone in your concerns or grief.