China’s cash for UK nuclear plants is in doubt 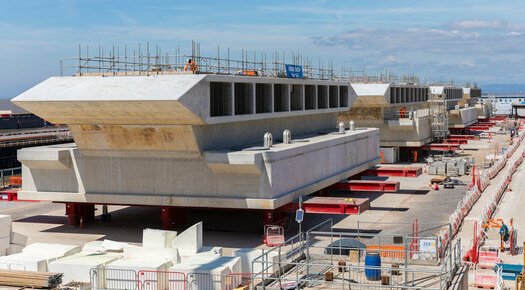 Cooler Sino-British relations mean China’s cash for UK nuclear plants is at risk − and success at the COP26 climate talks.

LONDON, 16 August, 2021 − A serious stumbling block now threatens the prospect of China’s cash for UK nuclear plants materialising − and also the likelihood of a successful outcome to COP26, the global climate conference which the British government is due to host later this year.

In order to finance the construction of nuclear stations that are supposed to generate up to 20% of the UK’s electricity, the British government needs Chinese money. Without it, the already prohibitively expensive projects may become completely unaffordable.

Neither the deeply indebted French government-owned company EDF, which is building two stations, each with twin reactors, nor the UK  government is prepared to underwrite the entire cost of the projects. This is because of the huge sums required − around £45 billion (US$62bn).

However, the UK government faces severe political pressure to end Chinese involvement, because of the perceived threat of ceding control over vital services such as the electricity supply.

The problem for Boris Johnson, the UK prime minister, is particularly acute as Britain is hosting COP26, this year’s UN climate conference, in Glasgow in November. Relations between the UK and China are already poor, in part because of disputes over democratic freedoms for the people of Hong Kong.

But with China the world’s largest carbon emitter, Johnson needs it onside if he is to have a chance of making COP26 the success it must be to avert catastrophic climate change.

The problem over funding the nuclear programme arises because of a deal struck in 2015 between the then British prime minister, David Cameron, and China’s president Xi Jinping.

That agreed that China would stump up one third of the £23bn ($32bn) cost of the Hinkley C nuclear power station in the West of England, and also pay 20% of the cost of another planned station, Sizewell C, on the east coast. In return the Chinese could then build a nuclear plant of their own design at Bradwell B in Essex, closer to London, and use it as a platform to export their Hualong HPR1000 reactor technology to the rest of the world.

“With China the world’s largest carbon emitter, Johnson needs it onside if he is to have a chance of making COP26 the success it must be”

To President Xi the cost of helping to fund the French company to build nuclear stations in Britain was outweighed by the advantage of getting Chinese technology validated in the UK as a bridge to future exports.

Six years later, however, with the Hinkley Point project well under way and Sizewell C supposedly close to launch, the British government is now nervous about allowing the Chinese such a strong involvement in the UK’s nuclear secrets and the nation’s power supply.

Its dilemma, though, is that if the UK reneges on its 2015 agreement, then China could abandon both projects, leaving a financial black hole of many billions of pounds. Trades unions are horrified at the potential loss of jobs the possible cancellation of the projects would cause.

One alternative to Chinese funding is a UK nuclear tax which would be paid in advance by electricity users to fund the construction of the power stations. With power bills already due to rise by more than 10% in Britain before the end of 2021, this is unlikely to be an electorally popular solution.

What will happen is anyone’s guess. Given Johnson’s well-known habit of postponing difficult decisions, and the looming COP26, it is likely that nothing will be announced until the crucial Glasgow talks are over. The French, in anticipation, have already announced that they are postponing the “final investment decision” on Sizewell C until next year.

Meanwhile the renewable energy industry, particularly offshore wind, is powering ahead with a massive construction programme. Its projects will all produce electricity far more cheaply than any of the UK’s proposed new nuclear stations.

Last ditch attempts by the nuclear industry to put a green gloss on its proposals by persuading ministers that its spare electricity capacity can be used to make green hydrogen seem unlikely to succeed.

Perhaps in time it will become obvious to Johnson that if banning Chinese involvement in British nuclear plants means they end up not being built that will be a bonus, because cheaper renewable energy will soon be available to fill any perceived gap in supply. − Climate News Network