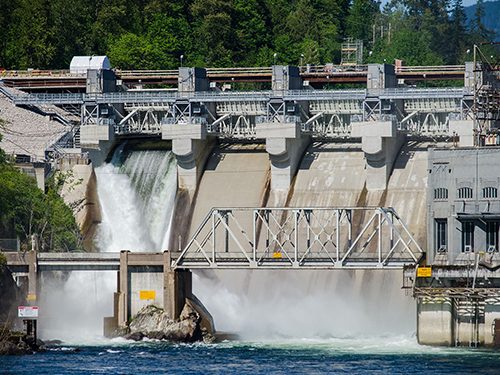 Asserting a cavalier disregard for due process and Indigenous rights, the Innu Nation is taking Canada and the province of Newfoundland and Labrador to court to stop the planned bailout of the Muskrat Falls hydropower project.

Two weeks after theTrudeau government reached a tentative C$5.2 billion deal to refinance the troubled megaproject, which is located on the Churchill River in Labrador, the Innu want the deal halted, saying it was developed without consultation, reports CBC.

In a public statement at the time of the deal, Liberal Premier Andrew Furey described the tentative agreement as “a huge day for Newfoundland and Labrador,” adding that “today, the weight begins to lift and we can all breathe a measured sigh of relief.”

That “we” evidently does not include the Innu Nation, which was at no point invited to participate in discussions about the bailout, the communities now say. They’re seeking to stop the deal “from erasing the benefits promised to Innu Nation by the province, in exchange for allowing the Muskrat Falls project to be built on Innu Nation’s lands.”

Earlier this month, CBC explains, the Innu sent a letter to the federal and provincial governments asking for “immediate access to the detailed financial modelling for the project; a commitment to revising the agreement in principle to ensure Innu benefits are maintained; [and] a seat at the negotiating table for the Innu to ensure the final rate mitigation agreements maintain the benefits promised to the Innu people in the impacts and benefits agreement signed in 2011.”

The Innu say Furey’s reply failed to address any of these requests, and “premised any discussions on the Innu accepting the current rate mitigation deal.” The Nation adds that “the premier did not even offer to share the financial modelling information, despite telling the public in an interview on August 4 that financial modelling about how the rate mitigation deal would impact the Innu’s [Impacts and Benefits Agreement] had already been done.”

The Innu responded with their lawsuit, “based on the fact that Canada and the province took direct, deliberate, and decisive action to extinguish the financial benefits that the Innu people were promised in return for their consent that Muskrat Falls could be built.”