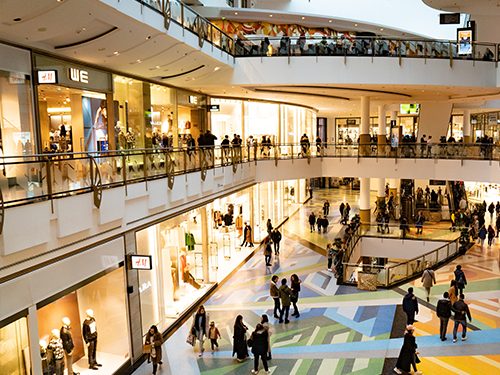 Urging Canadians to tap into their pandemic savings and “buy more stuff” is exactly the wrong message for a country that wants to reduce its emissions and support biodiversity, according to an emerging line of thought that refuses to see consumer spending as the path to economic salvation.

As psychological pressures and establishment economists push citizens to boost the economy by boosting their consumption, experts are warning that growth is no longer tenable in a world where both climate and biodiversity are in freefall, writes CBC.

Certainly, for Canadians sick of lockdowns—and depressed by a summer of climate chaos at home and around the world—shopping might seem like a good thing. That impression was reinforced last March by Bank of Canada Deputy Governor Lawrence Schembri, who said that spending 15% of the C$180 billion regular Canadians saved during the pandemic over the next two years would be a shot in the arm for the country’s economic recovery.

Others are asking, “Yes, but at what cost?”

While acknowledging that “there is always discussion that we should as consumers spend money to fuel up businesses,” Akbulut added that “the broader tension is whether we can grow our way out of the ecological breakdown.”

For Peter Victor, professor emeritus in environmental studies at York University and author of Managing without Growth, the answer is an emphatic no.

“If it was just climate change, it would be bad enough,” said Victor, adding that deforestation and biodiversity loss are just part of the “troubling evidence of the burden the human species is placing on the planet right now.”

Both Akbulut and Victor say economic models that prioritize growth must now give way to those that prioritize the opposite. “Degrowth aims to reduce the amount of energy and resources taken from the biosphere in the production and consumption of goods and services, and to create an economy that is more oriented toward environmental stewardship, as well as wealth redistribution and social justice,” CBC explains CBC.

As for those who dismiss degrowth as “a case of ‘magical thinking’” that would leave multitudes trapped in poverty, Akbulut says measures to protect the most vulnerable—in particular, some form of universal basic income—are fundamental to making the degrowth paradigm work.

For Amanda Janoo, knowledge and policy lead for the Scottish-based Wellbeing Economy Alliance, it all comes down to rethinking what we mean by “progress”.

While consumption is made to play “a large, tantalizing” role in our lives, she told CBC, “when people are asked directly what matters to their personal well-being, their answers are typically more prosaic: housing security, connections to other people, a meaningful job, a healthy planet.”

While the required transition will be “profound,” Janoo said she’s hopeful because “the urgency is there” to protect biodiversity. Already, notes CBC, Scotland, New Zealand, Iceland, Wales, and Finland have signed on to the Wellbeing Economy Governments (WEGo) partnership, “with the aim of sharing ideas about how to run states that emphasize personal and ecological well-being.”