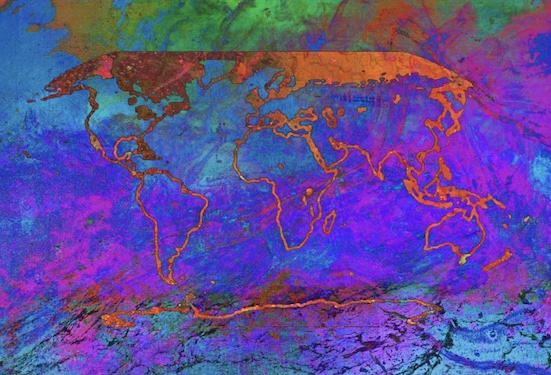 A wave of reaction greeted this week’s release of the Intergovernmental Panel on Climate Change’s devastating new science report, with vulnerable regions and cultures spotlighting the climate impacts they already face, countries like Australia and China under renewed pressure to speed up their emission reductions, and some commentators stressing the fossil industry’s central role in driving the crisis.

Some of the early response came from vulnerable developing countries that have been leading the charge for faster carbon reductions for many years, with E3G climate diplomacy lead Alex Scott pointing out last week that global leadership on climate is still coming from countries “whose emissions are towered by G20 countries”.

The IPCC’s findings “prompted outrage among some of the world’s most vulnerable countries, whose leaders demanded that rich, industrialized powers immediately reduce their planet-warming pollution, compensate poor countries for the damages caused, and help fund their preparations for a perilous future,” the New York Times reports. “Tensions over the report’s findings are likely to course through negotiations taking place ahead of a major UN climate conference set for November in Glasgow.”

“What science is now saying is actually happening in front of our eyes,” said Malik Amin Aslam, special assistant on climate change to the prime minister of Pakistan. “It’s like a hammer hitting us on the head every day.”

Climate organizations told the Times they see the IPCC report as a powerful prompt for international legal strategies for climate accountability, particularly because of its focus on regional effects of the climate emergency.

“It’s like a turbocharge,” said Greenpeace International Executive Director Jennifer Morgan. “I just expect the pace and the scale of the calls for action, whether they be in the courtrooms or on the streets or in the committee hearing rooms, to be clearer louder, bigger than ever before.”

In Northern Canada, CBC reported on the multiple, fundamental changes sweeping the Arctic—from once-predictable ice that is now a life-threatening hazard, to thawing and slumping permafrost, to record-breaking heat and severe flooding. The IPCC says the region has warmed at twice the global average rate (Environment and Climate Change Canada says three times the rate), frequent and severe coastal flooding is essentially guaranteed, and “the Arctic Ocean is projected to become virtually ice-free during the summer at least once over the next 30 years,” CBC says.

“If we don’t act quickly and we don’t act now, it’s going to cost us a lot more,” said former Iqaluit mayor Madeleine Redfern, whose brother barely escaped with his life when his snowmobile crashed through the ice on Frobisher Bay in 2014. “There’s going to also be a lot more unpredictability, and harms, and potentially loss of life.”

“For our community [climate change] is quite noticeable, as we have the Arctic Ocean right here,” added Tuktoyaktuk teenager Eriel Lugt. “The water rises and takes chunks out of our land, and also melts permafrost which we are based on.”

In the United States, the Indigenous Environmental Network said the IPCC report “states what Black, Indigenous, and people of the global majority already know because we are suffering—the impacts of climate change are already severe and widespread and are rapidly worsening. We cannot wait for drastic action that includes a fast and just transition, centred in Indigenous knowledge, away from fossil fuels.”

Parts of the analysis responding to the report pointed out that decarbonization won’t happen quickly or widely enough if the world’s biggest emitter, China, isn’t onboard. Climate observers were disappointed earlier this year when Beijing committed only to peak its power sector emissions by 2030, as President Xi Jinping had previously promised, when a 2025 target was within reach.

In the aftermath of the IPCC report, China emphasized its current policies and commitments rather than announcing any new policies, opening the door for Australian prime minister and epic coal enthusiast Scott Morrison to point a finger.

“If we do not solve the climate change in developing countries, we, the world, will fail,”  Morrison said. “Emissions don’t come with accents. They don’t come with nationalities. They don’t have favourite cultural dishes. They affect the globe the same way everywhere.”

But while Morrison said it’s a matter of “avoiding the elephants in the room” when climate targets focus primarily on the world’s richest countries, his own policy of steadfast avoidance came under attack.

“Australia is alone among developed countries in refusing to commit unequivocally to a target of zero emissions by 2050,” wrote the editorial board of the Sydney Morning Herald. And this week, “rather than show leadership on this issue, Mr. Morrison chose to deflect by calling on developing countries to do more. Yet Australia is one of the highest emitters in the world per capita and its interim emissions reduction targets for 2030 are much weaker than our peers.”

If Morrison fails to adopt a 2050 net-zero target, he’ll “find himself isolated” at COP 26 in Glasgow, and even if he does, he’ll “face increasing economic pressure to follow it up with concrete actions,” with the European Union already on track to introduce a border carbon tax. The Australian PM “still has the chance to give this issue the priority it is receiving all over the world,” the Herald said. “But if he fails, voters should make it one of the crucial factors in their choice at the next federal election.”

The Guardian has more on the response from Australian climate campaigners.

While Australian voters aren’t likely to go to the polls until next year, Norway’s election September 13 is setting up a “political showdown that could upend the nation’s most important industry,” Bloomberg reports.

“Oil and gas exploration in Norway, western Europe’s largest producer, has long been a divisive topic, but increasing alarm over rising temperatures has made it a crucial issue” during the campaign, the news agency writes. “While the opposition Labor Party, an advocate of the fossil fuel industry, is on course to win, it’ll likely need to join forces with one of the smaller parties that are calling for change.”

“We need to stop exploration for more oil and gas,” while reaching out to other oil producing countries to agree on production cuts, Haltbrekken said.

Connecting the Dots to Fossil Fuels

In her weekly HEATED newsletter, U.S. climate journalist Emily Atkin pointed to a serious, persistent problem in the IPCC’s reporting: the panel is great identifying and describing the problem, not so good at connecting the dots back to the primary cause.

“The term ‘fossil fuels’ is not included in the IPCC’s 42-page summary document, or the IPCC’s press release,” Atkin writes. “So if you only read the summary for policymakers, you won’t actually learn the full role of human influence on the climate. You’ll find out that human ‘activities’ and ‘influence’ are ‘unequivocally’ causing climate disasters—but which activities and influences are the greatest will remain a mystery. You’ll find out what’s happening to the climate, but you won’t find out why it’s happening or who is responsible. It’s all just ‘Humans,’ ‘emissions,’ ‘activities,” and ‘influence’.”

So “you’ll learn the world is ending, and you will not know who to blame.” [To learn that the world is not ending, that there’s lots of action to take once we get through the rage and grief of this week, read this story from our Special Report on the IPCC science assessment. To know who to blame…have you subscribed to both The Energy Mix and HEATED?—Ed.]

Much of the news coverage of the release, some of it driven by Guterres’ “death knell” comment, laid primary responsibility for the climate crisis on the fossil fuel industries, Atkin says. “But if you’re only looking to the IPCC alone to know who to blame, you will have to look at the entire 1,300 page document—and you will have to look pretty hard.”

The problem with that “is that IPCC report day is literally the only day the entire political news media communicates climate science to the public,” she adds. And if this is the message, “the public is going to get a pretty warped view of what scientists actually know.”

Simon Lewis, professor of global change science at University College London and University of Leeds, does his part to correct that gap in a post for The Guardian.

“It may feel uncomfortable saying that fossil fuel companies, their investors, and the politicians who enable them are the enemies of progress,” he writes. “But if we care about our collective future we need to say it, again and again, without flinching: using fossil fuels today is destroying our future.”

The public action and pushback that grow out of that statement can build on the “unambiguously positive finding” amid the dire news in the IPCC report: that cutting emissions drastically now, and bringing them to (real) net-zero by 2050, will still avert the worst effects of climate change.

But “to achieve this, politicians will need to hear that the clamour of millions of people’s voices is greater than the might of the fossil fuel lobby,” Lewis says. “Governments accept the science of climate change. Now they need to be forced to act on what they know is true, and help us escape the fossil fuel progress trap.”

Carbon Brief is out with a detailed Q&A on the IPCC report.