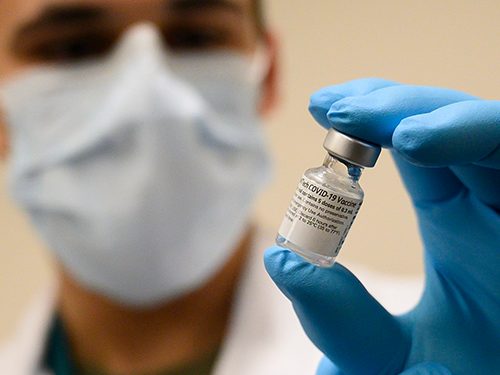 Depending on where you look, the various vaccine conspiracy theories circulating wildly might lead you to believe that getting the COVID-19 shot will “cause autism, connect you to 5G networks, make you magnetic, cause infertility, or just be generally useless since the virus itself is, of course, fake,” writes Gizmodo.

The theories are strikingly similar to the decades-old smokescreen produced by climate deniers (“global warming is caused by volcanoes”; “CO2 is good for plants”; “if it’s so damn warm, why is it still snowing?” and so on) in that they are either deliberate deceptions, or just plain dumb (and sometimes both).

But that doesn’t mean they aren’t bitterly effective.

Gizmodo notes that the monthly vaccination rate for American adults has dropped precipitously over the summer, from roughly 10% between January and the beginning of June (a rate that left “more than 51% ofAmerican adults fully vaccinated) to “just 3.1% per month over June and July.”

That plunge “comes as the Delta variant of COVID-19, a much more transmissible form of the coronavirus, spreads across the U.S., and the Centers for Disease Control prepared to recommend some vaccinated people put masks back on because of it.”

And yet, in another echo that is all too familiar to the climate community, the imperative to have as many people as possible get the vaccine—soon—is clear. “Numerous lines of research have shown that while the more transmissible variant can break through the various vaccines’ defences, the risk of death and serious illness remains low,” Gizmodo reports. “The majority of those dying and hospitalized by the coronavirus—Delta variant or otherwise—are not fully vaccinated.”

Evident as well is the fact that vaccine refusal is breaking hard along party lines in the U.S., with Republican states seeing rising COVID-19 case numbers and hospital admissions in tandem with higher vaccine refusal rates.

“You need only look at climate denial to see the outcome,” observes Gizmodo. “While there are some differences between the two forms of denial—climate denial was funded heavily by polluting industries and treated as legitimate by the media, to take just two examples—the mechanisms and endpoints are likely to be the same.” Specifically: to kick the facts to the curb in a desperate quest to cling to one’s own worldview, regardless of the harms, or who those harms affect.