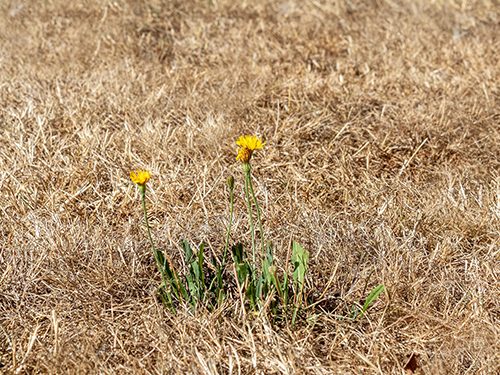 In the hours after the Intergovernmental Panel on Climate Change (IPCC) released its new science assessment, Canadian climate organizations linked the report’s stark findings to Canada’s stubborn refusal to scale back fossil fuel emissions and subsidies, and the urgent need to close the gap between science and action.

“This report confirms that limiting global warming to 1.5°C is simply not negotiable,” and “it’s still possible,” said Eddy Pérez, international climate diplomacy manager at Climate Action Network-Canada. And the assessment “has significant implications for Canada, where temperature changes are expected to be significantly higher than the global average.”

As a top global and a major fossil fuel exporter, “we have both the responsibility and the power to make a difference,” he added. “It’s clearer than ever that we must cut emissions in half this decade, rapidly decarbonize all sectors of the economy, and phase out fossil fuels.”

“Fossil fuel companies are overwhelmingly responsible for the problem in the first place and have spent years misleading the public about climate change and weakening our climate laws,” Marshall said in a release. “We are in a climate emergency, and Canadians need our governments to act like it. That means phasing out fossil fuels as quickly as possible, implementing a fair transition for workers and communities, and ramping up clean, cheap, reliable, renewable energy.”

Climate Emergency Unit Strategy Director Seth Klein pointed to the “very real possibility” in the IPCC’s analysis “that the maximum amount of CO2 that can be emitted to stabilize warming to 1.5°C, the aspirational goal of the Paris agreement, is now zero.” With the world’s top scientists again sounding the alarm during a “summer of reckoning” in British Columbia and elsewhere, he said federal and provincial governments are still “failing to rally us to the task at hand.”

“There has been a clear warning from developing nations, especially small island states and least developed countries, that this would have deadly and devastating consequences,” added Anjali Appadurai, climate justice campaigner with the Emergency Unit. And now, climate inaction is “destroying lives, livelihoods, and local economies, especially in desert and coastal areas while exacerbating pre-existing inequalities.”

Appadurai stressed the “grave injustice that the countries and populations that are the least responsible for heating the planet are those that are and will continue to be impacted the hardest.”

The Canadian Association of Physicians for the Environment (CAPE) recapped the major findings in the assessment report and seized the moment to launch a campaign for a nation-wide ban on fossil fuel advertising.

“Similar to tobacco, fossil fuels contribute to a public health crisis, both now and in the future,” CAPE said. “However, we need and plan to effect change much more rapidly. While the attempt to ban tobacco advertising took decades from the first evidence of its damage to our health, we don’t have that time to transition away from fossil fuels.”

After Prime Minister Justin Trudeau tweeted that Canada is warming at twice the global rate, 350 Canada replied that “climate delay is the new, more dangerous form of climate denial,” and “Trudeau is a master at it.” If the PM were “serious about the climate crisis,” 350 added, “his response to the IPCC news would be a moratorium on fossil fuel expansion in Canada, a freeze on projects like Trans Mountain, and immediate action to fast track just transition legislation.”

“Canada needs to ensure that in the context of that transition, it’s extracting full value for its resources and using that money to push forward in terms of reducing emissions,” he told CBC’s Power & Politics show. “What we’re doing is saying it’s got to be part of the transition, but part of the transition is being able to raise the revenues that enable you to actually make the investments that are required to go there.”

He acknowledged in an earlier statement that “parts of Western and Northern Canada are warming at three times the global average. Scientists have made a clear link between climate change and more frequent and powerful weather events, including heat waves, wildfires, flooding, and sea ice loss.”

The NDP’s only sitting premier, British Columbia’s John Horgan tweeted that “the climate crisis is here and it is a global emergency. All levels of gov’t must work together to rise to the challenge.” As The Energy Mix went to virtual press, there was no word on whether that call to action extended to the billions of dollars in subsidies his government has extended to methane-intensive fracking and liquefied natural gas projects in B.C.

1 Comment To "Canada Has ‘Responsibility, Power to Make a Difference’ on IPCC Findings"

We need each federal and provincial Party to clearly state the actions actions (not just words, but action) they have been taking to cut back fossil fuel consumption, emissions, and subsidies. So to avoid them avoiding this question by answering another, a second question should be asked of them, one that is not linked to the first question with “and”. They should also be asked to clearly state the actions (not just words, but actions) that they have been taking to promote renewable energy generation and use, adaption efforts to deal with the upcoming negative consequences of climate change.