UK says a failure to act on the climate ‘is justified’ 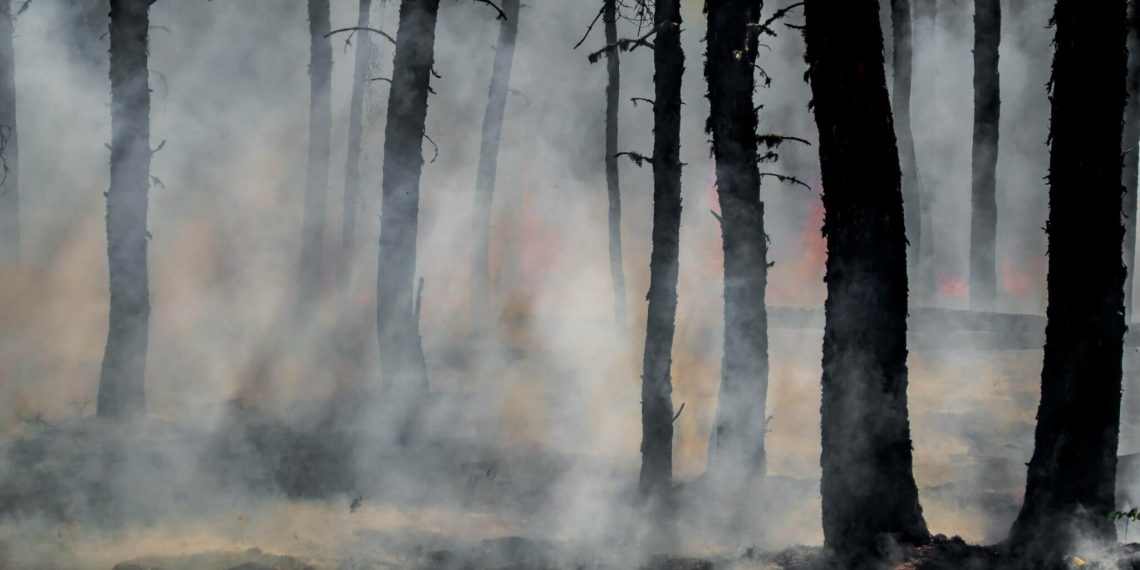 The Earth is catching fire. Who will help to put it out? Image: By Joanne Francis on Unsplash

Three months before hosting the UN conference, COP-26, the UK says a failure to act on the climate treaty can be justified.

LONDON, 6 August, 2021 − In a remarkable challenge to the global consensus that the climate crisis is an urgent threat to the planet, the  United Kingdom has argued that a failure to act on the climate treaty agreed in 2015 can be justified.

Its stance is all the more bizarre as in less than three months the UK government is to host the crucial United Nations climate conference, COP-26, in the Scottish city of Glasgow, starting on 1 November.

The government’s case set out in its response to a legal action brought in May by three young Britons, Adetola Stephanie Onamade, Marina Tricks and Jerry Amokwandoh, who said their human rights were being breached by the government’s failure to act decisively on the climate crisis.

The action is also being brought by Plan B, the legal charity behind a failed attempt to block the expansion of Heathrow airport, and its director, Tim Crosland.

The government claims that it is doing enough to comply legally with the Paris Agreement, concluded six years ago in the French capital. Even if it is not, it argues, there are no grounds for the courts to intervene: it is for it alone to weigh the economic and environmental arguments.

In its reply to the claimants’ case, it says of its climate policies: “Any inadvertent and indirect discriminatory impacts would fall well within the UK’s margin of appreciation, and be objectively and reasonably justified, if they could be established by the claimants.”

Tim Crosland said: “The Government’s real position is that the devastating, disproportionate and discriminatory impacts for the younger generation and for whole regions of the world − those who have contributed least to the crisis − can be ‘objectively and reasonably justified’.

“Presumably, that means it considers our young people ‘collateral damage’ in its pursuit of vast short-term profits for the few. But I don’t consent to my children being treated as collateral damage.”

The government claims to be responding to the advice it has received from the Climate Change Committee, an independent body advising it on progress made in cutting greenhouse gas emissions.

The joint foreword to the Committee’s latest report, however, tells a different story. It says: “It is hard to discern any comprehensive strategy in the climate plans we have seen [from the government] in the last 12 months. There are gaps and ambiguities  . . . We continue to blunder into high-carbon choices.

“Our planning system and other fundamental structures have not been recast to meet our legal and international climate commitments.”

The Glasgow conference will be an acutely anxious occasion for the British prime minister Boris Johnson, who is committed to making good on the UK’s attempts to be recognised as a world leader on the climate crisis.

The meeting’s main aim is to put flesh on the bones of the Paris Agreement, reached with the backing of 195 of the world’s governments. That planned a way to cut greenhouse gas emissions progressively: Glasgow’s task is to make the real progress which Paris did little more than foreshadow.

If Johnson can leave Glasgow with substantial progress assured, he will be able to lay claim to success of a sort which has eluded his predecessors for 20 years or more. If he fails, he will struggle to be taken seriously again either at home or in most foreign capitals

The United Kingdom has a record that deserves at least qualified praise, notably for its commitment, announced in April, to cut carbon emissions by 78% before 2035. That date is 15 years earlier than the target date already in place, and if the government ensures that it is achieved it really will count for something. But that is a massive “if”.

There are questions too over its commitment to ending the exploitation and use of fossil fuels fast enough and to improving adaptation to rising temperatures.

It is easy to criticise Johnson for the deficiencies in his climate policies, and for his patchy record in implementing many of them. He is not alone in his failure so far to act with the vision and energy the crisis demands.

But that’s what we reasonably expect from genuine leaders: an ability to be different, to step beyond business-as-usual to something so radically different that few of us can even imagine it.

If Johnson can show that sort of world-leading ability in Glasgow he will confound his critics, and make the world a little safer too. The “ifs” grow more demanding with every repetition. − Climate News Network