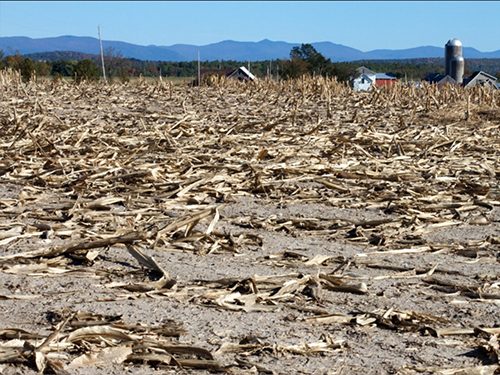 The ongoing drought in Canada’s prairie provinces is devastating farms and revealing potential future repercussions for the both the global and domestic food system.

“It’s going to take longer for the realization of how bad things are today to fully flow out to the plethora of crop users around the world,” writes The Western Producer.

Meanwhile, Global News says a drought impacts report recently issued by Statistics Canada “pointed to record-high temperatures and a lack of rainfall as having debilitating effects on farmers’ abilities to produce.” In Alberta, for example, only 36.6% crops are listed as “good to excellent,” compared to the five-year average of 74.1%. The report notes a general concern among farmers that the drought comes at “at the worst time of crop development,” as some crops are either maturing faster than normal or stagnating.

Ranchers across the prairies are struggling, as well, as grazing lands and hay crops yield less feed than usual. With limited supply, demand for feed is driving up prices and pushing producers to sell their cattle, writes CBC.

“Twenty-five percent to half of our cow herd is just going to disappear with the drought…and the feed scenario that we’re in,” said Donnie Peacock, an auctioneer in Saskatchewan. He told CBC producers are selling off calves earlier than usual, and even parting with their breeding cows.

The ramifications of these desperate sales will affect ranchers beyond just losing their herd, CBC notes. Prices are dropping as cows flood the market, but when demand rises as producers move to rebuild their herds, they could soar. That has left farmers—already struggling to make it through the current season—worrying what will happen if next year is also dry.

“It’s kind of a generational, traumatic experience for a lot of people in our cattle industry,” Peacock told CBC. “We have a lot of people that are going to be making decisions that are lifelong changing right now.”

Losses from the drought will also affect buyers downstream. Reuters says bakers are already paying higher prices for dwindling red spring wheat—when they can find it—and bread prices are expected to increase as much as 6.5% by year’s end.

There will be international impacts, as well. Canada is the world’s largest producer of some crops, like canola, and is among the top 10 beef exporting countries in the world, reports the New York Times. Reuters notes that North America’s red spring wheat harvest accounts for more than half of the world’s supply.