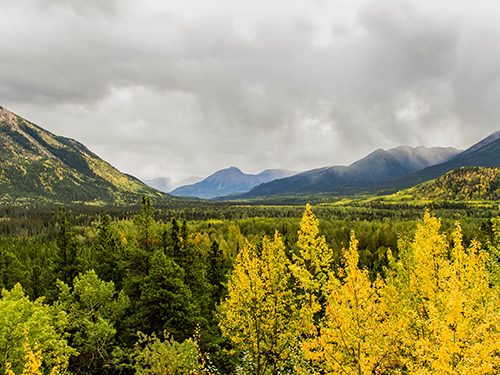 A bright economic and social future is possible for all residents of northern British Columbia—both Indigenous and settler—provided that decision-makers adopt the principles of reconciliation, decolonization, and collaboration, a new report concludes.

“Interviews with 24 Indigenous and local government leaders from across northern British Columbia reveal a region eager for change but in need of support,” writes the Wilderness Committee in a pitch for its latest publication, Northern Vision and Voices: What the Region Needs to Thrive in a Changing World.

The northern part of the province “makes up over two-thirds of B.C. by area and has unique needs and a large stake in decisions about resource development,” the report [pdf] reminds readers. It’s not a monolith but rather a vast region that “comprises distinct and diverse geographies, ecosystems, populations, identities, cultures, communities, and people who have complex and unique histories, origins, and perspectives.”

The report provides detailed insight into the economic diversity of the North’s three regions: the Cariboo, the Northeast, and the North Coast and Nechako.

The point of the report is to counter to the common narrative of “polarization around the resource sector and industrial development within communities, among communities, and between regions,” the authors say. A more accurate story, they add, is one that speaks of “overlapping values and visions.” Both Indigenous and settler communities are seeking to build “strong, stable, sustainable” economies rooted in the local, along with new approaches to provincial funding mechanisms that engage fully with “northern experience and on-the-ground realities”—unlike today’s approach. That degree of attentiveness that will require “learning from one another, understanding, and respect.”

The authors interviewed a wide range of leaders who each identified enormous opportunities for long-term success—including reclamation and stewardship, renewable energy, outdoor recreation, “forests and food,” remote work, and entrepreneurship. Many of the leaders, however, identified weak to absent infrastructure as a serious obstacle to these opportunities, along with a need to build capacity.

And then there is the fundamental sense that leaders in northern B.C. remain significantly sidelined in decisions pertaining to economic development.

“It was clear from our interviews the province’s current approach to economic development across the North is not working,” write the report authors. “Participants wanted to see profound changes in the distribution of wealth that originates in the region and how decisions are made that affect their communities.”

The leaders also testified to the profound psychological and social harms wrought by “decades of boom and bust,” especially against the North’s Indigenous peoples, leading to violent crime, poverty, homelessness, and addiction as “prevalent concerns.”

While celebrating the enormous resilience of the people of B.C.’s North, the report conveys the clear message from all the leaders interviewed that reconciliation and decolonization—as well as collaboration “between communities and with other levels of government”—must underwrite any efforts to boost the well-being of the region and its citizens.