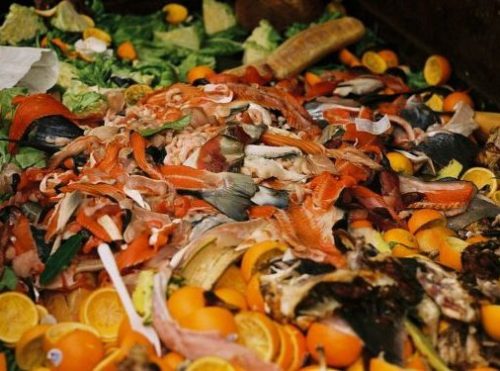 The director of Canada’s largest food rescue organization is urging companies to both fight the climate crisis and secure their bottom lines by eliminating food waste, even as the meat industry lays plans to scale up production.

“If food waste [were] a country, it would be the third-largest greenhouse gas emitter after the United States and China,” writes Second Harvest CEO Lori Nikkel in a recent op-ed for the Globe and Mail. Eliminating that waste would reduce global greenhouse gas emissions by an estimated 8%, she adds.

Citing recent research by the World Resources Institute (WRI), Nikkel also points to the “very compelling business case” for being less wasteful with food. In its survey of 1,200 businesses, WRI found an “astonishing” return on investment: “For every US$1 spent on initiatives such as training staff to waste less food during the production process, or improving inventory management, companies realized a return of US$14 in savings.”

“As leaders and executives, we are trained to think about ways to maximize shareholder value,” Nikkel writes. “But increasingly, there is an awareness that there’s simply no value to be had in using precious resources such as land and water, all while warming the planet, to produce a billion tonnes of food that ultimately goes to waste. With all of the hunger and hardship in the world, worsened by the COVID-19 pandemic, we must find a better way.”

In 2019, Project Drawdown identified food waste as the third most promising emissions reduction option anywhere, with potential to save 70.53 gigatons of carbon or equivalent by 2050.

But while the push for food waste reduction gains momentum, some of the world’s biggest meat producers are on a different track. Following a five-month investigation, DeSmog says industry titans like JBS, Tyson, Vion, and Danish Crown are underreporting their climate impact, largely by leaving out Scope 3 emissions that result when they clear land for pasture and grow crops for animal feed.

They’re also aligning with UN Sustainable Development Goal #2, Zero Hunger, with the narrative that only meat will save an increasingly hungry world.

DeSmog says those claims reconfigure the UN’s own advocacy for small-scale livestock farmers, whose own efforts to protect themselves and their families from hunger are actually threatened by multinationals like Vion. The UN is also clear that whatever remains of the world’s meat budget must go to those in greatest need.

DeSmog has details on the industry’s pushback against a rising tide of evidence, most notably the January, 2019 EAT-Lancet report, that replacing most meat consumption with plant-based diets would help reduce greenhouse gas emissions.