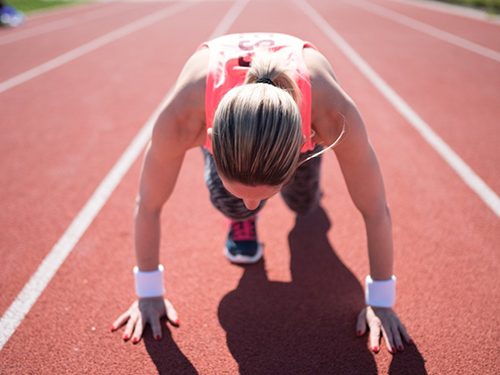 While the lion’s share of the sports reporting focuses on medal counts, COVID-19 prevention measures, and embarrassing gaffes by Olympic officials, the heat wave stifling much of the Northern Hemisphere is putting athletes’ health at risk, with at least one news outlet comparing the Tokyo Summer Games to a battlefield.

On Friday, Russian archer Svetlana Gomboeva collapsed in 33°C/91°F heat during a qualifying round. A day later, Russian tennis player Anastasia Pavlyuchenkova needed a medical timeout after feeling dizzy due to the heat. And organizers at Tokyo’s beach volleyball arena “have started hosing down the sand after competitors complained it was burning their feet,” NBC News reports.

“The finish line of the men’s triathlon Monday morning looked something like a battlefield scene, bodies sprawled out on the ground, trainers coming to the aid of overheated athletes, even a few being helped off with their arms draped over shoulders,” adds Yahoo Sports columnist Dan Wetzel.

“Extreme heat is now the deadliest weather event, and it is only getting worse as the planet continues warming,” Climate Nexus writes. But “despite this, currently, the International Olympic Committee (IOC) doesn’t take climate change into consideration when selecting host cities. Japan’s proposal to host the 2020 games, for example, claimed ‘this period provides an ideal climate for athletes to perform their best’ because of its ‘many days of mild and sunny weather’.”

That kind of promise has Yahoo headlining Wetzel’s commentary with the charge that “Japan’s Olympic organizers lied about its weather, and now athletes are paying the price”. Popular Science notes that record-breaking heat in Tokyo hospitalized more than 22,000 people as recently as 2018.

“Mild? Ideal? Here in Tokyo in July?” Wetzel snarks back.

“Sweltering summers are nothing new in Tokyo. But thanks to climate change, the Tokyo Games are forecast to be the hottest on record,” NBC writes, citing in-house meteorologist Kathryn Prociv. “Compared to 1964, which was the last time Japan hosted the Summer Olympics, the July and August temperatures in Tokyo are 2.7°F/1.1°C warmer, and there are now, on average, eight more days of 95-plus-degree weather than there were 57 years ago.”

The sweltering conditions had men’s triathlon organizers moving their start time to 6:30 AM to beat the heat. But athletes still started their race at temperatures of 29.5°C/85°F, with 67% humidity. Wetzel says daytime temperatures have hit the upper 90s Fahrenheit, with the heat index in the triple digits.

Conditions like that “definitely can take its toll on all of us, even the fittest people in the world,” NBC News senior medical correspondent Dr. John Torres explained, adding that athletes’ intense focus makes them more vulnerable to heat stroke and dehydration.

“We adapt to the heat and humidity through what’s called thermoregulation, our body’s ability to cool itself off,” he said. “For these athletes, they will have strong thermoregulation systems, but during their event, when they are pushing themselves to the limit of their abilities, their body doesn’t have the reserves it normally does to cool them off.”

As a result, “they can overheat very quickly, and since they are so focused on the performance, might not even notice it until it becomes dangerous and possibly life-threatening.”

Popular Science has an explainer on how the body reacts to high heat, and how Olympic organizers should react to that reality. The story cites a 2016 study that warned the Summer Games as they’re now configured could be unsafe to hold in the majority of cities in the Northern Hemisphere by the end of this century.

“Scott believes future Olympic bids need to involve experts in climate modeling,” the article states. “Other necessary changes might include holding more events indoors or moving them to cooler times of day. Perhaps future summer Olympics will look like the 2019 World Athletics Championships in Doha, Qatar, which held the marathon at midnight to avoid the heat of the day.”

Or they might have to take place in September rather than midsummer, said Auckland, New Zealand epidemiologist Alistair Woodward, who led the 2016 study published in the prestigious medical journal The Lancet. While the games will likely go on for the foreseeable future, he said, “you can’t have an Olympics as we’ve always had in the past.”