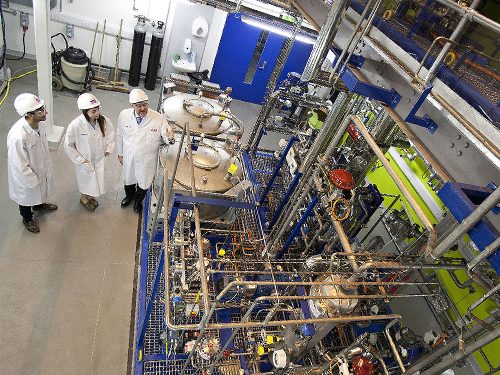 The federal and British Columbia governments are on the wrong path to counter the climate emergency, a West Coast advocacy group is warning, after Premier John Horgan and Employment Minister Carla Qualtrough announced funding for a new low-carbon innovation centre led by Shell Canada.

To help get the new Centre for Innovation and Clean Energy off the ground, the province and the feds will each “contribute seed money of C$35 million to stimulate other investment from the private sector on technologies like carbon capture, the use of low-carbon hydrogen, and battery technology,” The Canadian Press reported July 16. “The goal of the centre is to attract a range of companies and partners to focus on B.C.-based clean energy technology.”

“Rising to meet the challenge of global climate change requires joint action from business and government to help scale up cleaner energy solutions,” said Shell Canada President Susannah Pierce, adding that her company is accelerating its work with hard-to-decarbonize sectors of the economy.

Horgan cited the wildfire that destroyed much of the town of Lytton, B.C. and the nearby First Nation as good reason to invest in emission reductions. “We have to change how we behave and that means making sure that we have energy systems in place to meet the needs of people, industry in our province and our country,” he told media. “And we need to do it in a way that’s radically different from our past.”

But if that’s the goal, Stand.earth says the province is going about it the wrong way. “Instead of focusing on measures that would reduce B.C.’s dependency on fossil fuels, like building more renewable energy capacity or electrifying our vehicle fleets, this centre will focus on technology that is intended to extend our use of fossil fuels,” Stand said in a release.

“The bottom line is you can’t fight climate change without breaking the hold that fossil fuel companies have on our economy,” said Sven Biggs, director of Stand’s Canadian oil and gas program. “And getting into bed with the likes of Shell, one of the largest polluters in the world, is the wrong direction for B.C.”

The release notes that Shell is a lead partner in LNG Canada, an increasingly tenuous, $40-billion megaproject aimed at exporting gas from northeastern B.C. to Asia.

“Premier Horgan needs to realize that the era of fracked gas is over, and that he can create far more good paying jobs for British Columbians by embracing clean energy,” Biggs said.