Expanding Tailings Pond at Copper Mountain Mine ‘Flirts with Disaster’ for B.C., Washington 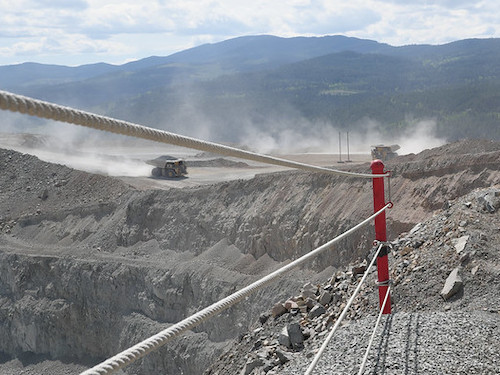 The expansion of a tailings pond at a southeastern B.C. copper mine must not be allowed to go ahead without a thorough environmental assessment, says one of the founding organizers of Earth Day.

In a recent op-ed for the Seattle Times, legendary clean energy advocate Denis Hayes warns that a proposal to “dramatically” expand a tailings pond at the Copper Mountain Mine, near the headwaters of the Similkameen River in southern British Columbia, is “flirting with disaster.”

“‘Tailings pond’ is one of those well-massaged names, like ‘agricultural lagoon’, that make ugly messes sound innocuous, or even appealing. Don’t be misled,” Hayes warns. The environmental assessment that could help prevent future disaster is not currently in the cards, thanks to the province’s “ultra-pro mining laws”.

Much of the impetus for new mine development in B.C., and the tailings ponds that follow, is being driven largely by demand for raw materials for the renewable energy equipment, electric vehicles, and batteries needed to reverse carbon pollution from that other well-known form of extractive resource development, fossil fuels. “When proponents wax lyrical about the new energy economy, we tend to focus on sunshine and sea breezes,” he writes. ” But a new energy economy will also require mountains of minerals. One of the most essential is copper,” and “until a more circular economy arrives, we have to use virgin ores, often mined in foreign nations.”

The op-ed lays out the tragic environmental damage that has resulted from past tailings pond failures, including the 2014 collapse at the Mount Polley copper mine, when 6.6 billion gallons/25 billion litres of toxic waste flooded into sockeye salmon spawning grounds and fresh water supplies.

Hayes urges the provincial government of Premier John Horgan not to allow the managers at Copper Mountain to go ahead with their plans to increase the height of the current tailings dam to a whopping 260 metres—up nearly 100 metres from its current height.

And now, “the mine owners are pushing for an expansion that would increase the dam’s height of 525 feet to 853 feet, as high as Rainier Square Tower, Seattle’s second tallest building. This is an earthen dam, holding back a ‘pond’ of toxic substances.”