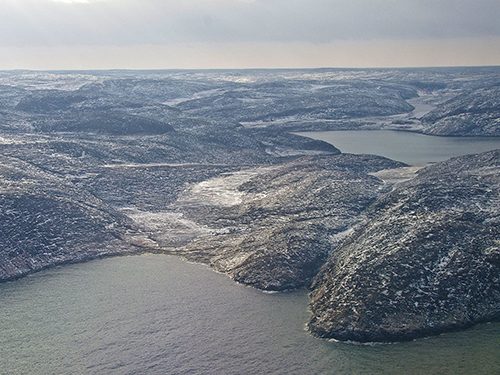 There won’t be any more negotiations over a proposed natural gas pipeline crossing Indigenous lands in northern Quebec, say Innu leaders who oppose it.

The Innu First Nations of Mashteuiatsh, Pessamit, and Essipit say they are ready to take measures—up to and including legal action—to stop GNL Québec’s Énergie Saguenay project from being built on their territories, The Canadian Press reports.

The statement released on Friday was a response to comments from GNL Québec president Tony Le Verger, who said last weekend he wanted to continue negotiations with the Indigenous communities.

The Innu had previously expressed opposition to the multi-billion-dollar plan in May, following the publication of an environmental review by Quebec’s Bureau d’audiences publiques sur l’environnement (BAPE).

“We listened, we did our own research on the project, and following the conclusions of the BAPE report, it is clear that our position will remain the same,” Verreault said. “This project won’t be happening on our territories.”

The 500-page BAPE report said the risks from the 750-kilometre-long gas pipeline would “far outweigh” the benefits, CP reported at the time. The project drew the widest response ever to a BAPE review with more than 2,500 briefs presented, 91% of them opposing the development.

“As mentioned in the report, GNL Québec has no way of ensuring that liquefied natural gas would effectively serve as a substitute to polluting fuels already used in targeted export markets,” Verreault said. “It’s impossible for the company to meet its commitment in terms of reducing greenhouse gases.”

GNL Québec spokesperson Louis-Martin Leclerc told CP the company remains open to negotiations with the communities in order to explain the project’s benefits.

“We are and remain open to dialogue in order to have the opportunity to explain our commitments and demonstrate that the Énergie Saguenay project will provide liquefied natural gas with the lowest carbon footprint in the world, thus making an important contribution to the fight against climate change,” he said.

The Énergie Saguenay project was first introduced to the Indigenous communities in 2014 as a measure to fight climate change, Verreault said.

The proposed route would carry LNG from Western Canada to a liquefaction plant in Port Saguenay, QC. However, Verreault said the route would cross Indigenous lands.

For the Innu First Nations, accepting a project that could pose environmental threats would go against ancestral values, he added. “This territory is where our ancestors have been settled for centuries and where we hold ancestral rights and Innu titles.”

Those ancestral rights, however, have yet to be officially recognized by the Quebec government, CP says.

Quebec Indigenous Affairs Minister Ian Lafrenière said on Friday he was aware of the Innu position but was awaiting Environment Minister Benoit Charette’s decision on the project. In April, the province said it would make a decision on whether to give the project the green light by the end of the summer. And the Innu are watching closely.

“All the options are on the table, in terms of the actions we could take (to stop the project) if the government goes ahead with it,” Verreault said. “There is no way that GNL Quebec sees the light of the day on the Innu territory.”

This report by The Canadian Press was first published on July 17, 2021.

International Fossils May Sell Off $13.4 Billion in Alberta Oilpatch