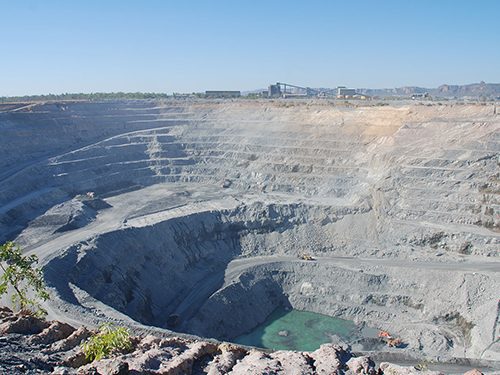 Greenland is pushing ahead with plans to outlaw uranium mining and new offshore oil and gas exploration, three months after the left-leaning Inuit Ataqatigiit party formed a new government.

The country is banning new oil and gas projects, the Associated Press reports, and Greenlanders are also being asked to consider a stricter version of a former ban on uranium mining that the country’s national assembly had overturned seven years ago, writes Arctic Today.

“The future does not lie in oil. The future belongs to renewable energy, and in that respect we have much more to gain,” the government announced recently in a release, adding that it “wants to take co-responsibility for combating the global climate crisis.” Four small, active exploration permits will be allowed to continue to 2028 by contract, but the country will grant no new licences.

The decision to suspend fossil exploration marks the end of a largely futile, 50-year effort to strike enough oil to give Greenland economic independence from Denmark. It also comes in the face of retreating ice sheets, which could increase the region’s potential for fossil wealth.

“The U.S. Geological Survey estimates there could be 17.5 billion undiscovered barrels of oil and 148 trillion cubic feet of natural gas off Greenland, although the island’s remote location and harsh weather have limited exploration,” notes AP.

The new uranium ban would prohibit everything to do with extracting the radioactive ore, right down to feasibility studies, Arctic Today states.

The Greenlandic public will have one month to weigh in on the uranium ban, known as the “zero-tolerance policy”, and its goal of ensuring that “Greenland neither produces nor exports uranium.”

Hanging in the balance with any decision is the fate of a rare earths mine, long in the works at Kuannersuit in southern Greenland. Located in a region that is rich in uranium (as well as thorium, another highly radioactive element), the proposed mine has been the subject of significant pushback from locals who fear that radioactive dust from drilling activities could settle on their homes and fields.

While Nathanielsen has pledged to give the mine a fair hearing and respect widespread pro-mining sentiment in Greenland, “she made it clear that Naalakkersuisut [the government’s chief executive body] would be working to find legal ways to ensure that uranium mining never takes place,” writes Arctic Today.