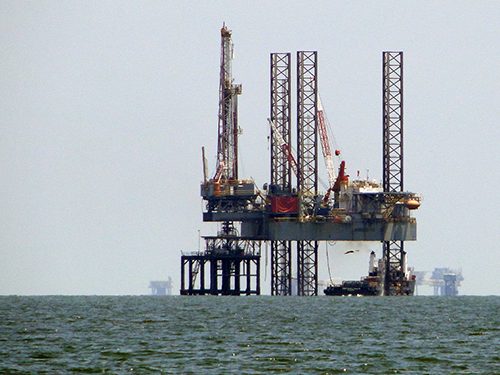 Office of Response and Restoration/Flickr

Oil and gas fracking has released at least 66.3 million gallons/250 million litres of waste into the Gulf of Mexico since 2010, according to an analysis released last week by the Center for Biological Diversity.

The report cites more than 3,000 cases of offshore fracking and 700 acidizing offshore wells, based on published scientific studies and U.S. government records obtained through Freedom of Information Act requests, the Center says in a release.

“Offshore fracking threatens Gulf communities and wildlife far more than our government has acknowledged. To protect life and our climate, we should ban these extreme extraction techniques,” said the Center’s oceans program director, Miyoko Sakashita. “A decade into the offshore fracking boom, officials still haven’t properly studied its public health impacts. The failure to curb this major source of pollution is astounding and unacceptable.”

The release says offshore fracking “has become a near daily occurrence” in the Gulf over the last decade, with each frack releasing about 21,480 gallons of waste that includes biocides, polymers and solvents.

“Chemicals used in offshore fracking and acidizing pose significant health risks to both humans and wildlife, including cancer, reproductive harm, neurotoxicity, and even death,” the organization states. “The increasing use of fracking could threaten the tourism and fishing industries, which account for about 2.85 million jobs on the Gulf Coast—or about 10 times the number of jobs in the region’s federal offshore fossil fuel industry.”