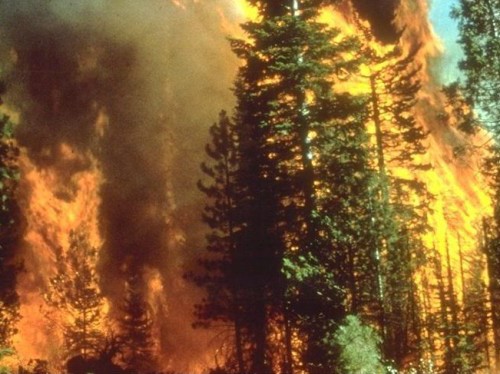 As two remote First Nation communities in Northern Ontario evacuate in the face of encroaching wildfires, experts are warning that impacts like trauma and respiratory damage from such events will become ever more common as the planet heats up.

The most vulnerable residents (Elders, children, and people with pre-existing medical conditions) of both Poplar Hill First Nation and Deer Lake First Nation were evacuated to Thunder Bay earlier this week, reports CBC News. Kapuskasing is also providing shelter to some evacuees. As of Monday, more than 60 fires were burning in the northwestern region of the province.

And already this year, writes The Globe and Mail, Ontario has seen 568 wildfires, far exceeding the 10-year average of 383. Jonathan Scott, a fire information officer with the Ontario Ministry of Forests, told the Globe that most of the roughly 100 fires currently burning across the province have been caused by thunderstorms carrying plenty of lighting but virtually no rain. In Alberta, as well, a wildfire season that used to start in April now begins in March, the Globe notes.

Mike Flannigan, research chair for predictive services, emergency management, and fire science at Thompson Rivers University, said the situation is going to get worse. What’s not known is by how much.

“Modest predictive modelling suggests the area burned in Canada will double again by the end of the century; more aggressive modelling predicts it will increase by a factor of as much as 11,” the Globe writes.

All of this bodes ill for respiratory health. More fire means more smoke, which is laden with all kinds of peril for the lungs and the heart: from nitrous oxide to volatile organic compounds (VOCs) to particulate matter, known as PM2.5, that is tiny enough to slip directly into the cardiovascular system.

“In British Columbia, where air quality is generally very good, the 24-hour average of PM2.5 detected in the air would typicallybe lower than 10 micrograms per cubic metre,” Sarah Henderson, scientific director in environmental health services at the B.C. Centre for Disease Control, told the Globe. “On the smokiest days in the province, the PM2.5 value could hit 300 or more.”

Breathing in PM2.5 even at levels as low as 30 micrograms per cubic metre can have serious effects, she added. “When it looks really bad, people think it is really bad. But it becomes unhealthy long before it looks terrible.”