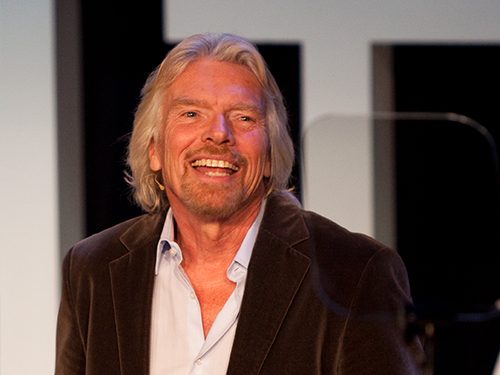 As the race to create a “space tourism” industry accelerates, observers are raising questions about the environmental and social fallout in a world where the uber-rich junket back and forth through a fragile, and quickly overheating atmosphere.

On July 20, former Amazon CEO Jeff Bezos—net worth: US$200 billion—is scheduled to fly to the very edge of space, some 100 kilometres above the Earth’s surface, in his hydrogen-powered Blue Origin rocket ship, reports E&E News.

Bezos will be flying hard on the heels of fellow billionaire Richard Branson, founder and owner of Virgin Galactic Holdings, who participated in a similar suborbital jaunt July 11. Branson has already secured some US$80 million in reservations for future flights aboard his SpaceShipTwo rocket-plane.

By Branson’s estimate, each of those round trip flights will generate about the same emissions as a commercial round trip between London and Singapore. Yet, writes E&E News, space tourism supporters like top NASA climate advisor Gavin Schmidt seem so far unconcerned.

“Currently, and for the near-term, foreseeable future, it’s not a global problem that NASA would necessarily concern itself with,” Schmidt said. “While it obviously isn’t particularly helpful, it isn’t going to make a difference to whether we make our Paris [Agreement] goals or not.”

Meanwhile, there is plenty of motivation for investors to put aside any climate concerns. Citing Swiss investment bank UBS, E&E says the space tourism industry is current valued at more than $244 billion—a figure that could “more than triple” by 2030. In 2019, NASA announced its own plans to create a thriving space economy in order to fund “future scientific missions back to the moon and onto Mars.” And the U.S. Federal Aviation Administration is busy at “streamlining regulations to make commercial flights easier,” potentially enabling companies like Blue Origin and Virgin Galactic to avoid new emissions standards.

Such efforts unsettle researchers like Eloise Marais, an associate professor of physical geography at University College London, who told CTV News she worries about the expansion of space flight going ahead without comprehensive research into the environmental impacts. The fuel used by Branson’s rocket, for example, is known to damage the atmosphere.

“Solid rocket fuel is really the worst,” she said. “They produce a lot of chlorine, a lot of nitrogen oxides, and those are quite efficient at depleting ozone.” CTV says other studies have red-flagged the threat posed by the heat-trapping soot particles expelled from rockets into the upper atmosphere.

And then there is the question of environmental justice. Asked how he felt about making space a playground for the ultra-wealthy, leaving the rest of the world to deal with the environmental consequences, NASA’s Schmidt said that while “equity issues” are “of course” involved, those are for lawmakers and regulators to resolve.