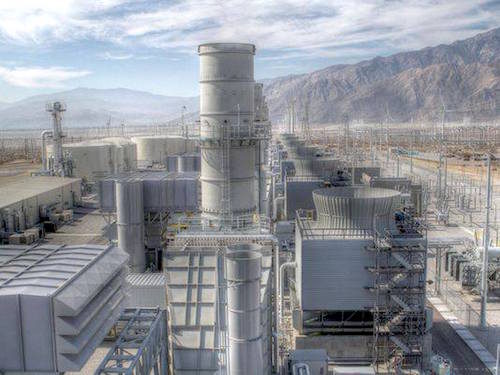 U.S. Senate Majority Leader Chuck Schumer (D-NY) has come out against a new natural gas peaker plant in his home state, and is pushing to exclude a “clean gas” provision from the upcoming Clean Electricity Standard that is a centrepiece of U.S. President Joe Biden’s climate plan.

The “dastardly” plan for a new gas plant in New York City’s Astoria neighbourhood would bring “huge health problems” and jeopardize the city’s long-term climate goals, Schumer said Friday. He promised to deploy “all the muscle that I can” to defeat the proposal put forward by Texas-based utility giant NRG, the New York Daily News reports.

“We do not need and cannot afford—with the existential threat to our planet—any more coal, oil, or gas being burnt and sending poisonous carbon into our atmosphere,” Schumer said. “We cannot have any of it.”

New York State Sen. Michael Gianaris, whose district includes Astoria, said there should be no place in the state for new natural gas investment. “Who the hell thinks it’s a good idea to build a fossil fuel plant in today’s day and age?” he asked. “It is absolutely bonkers.”

NRG spokesperson Dave Schrader pushed back on what he called a “false choice between renewables and natural gas,” claiming that “New York needs both. Simply put, no combination of renewable technologies available today can, by themselves, reliably power Queens, let alone New York City.”

In addition to weighing in on the local gas plant fight, Schumer said he would support keeping gas out of the new Clean Electricity Standard. “Schumer repeatedly said, at Friday’s presser, that he would oppose counting gas as clean energy in forthcoming CES proposals,” The New Republic writes, adding that he would consider the matter a “red line” for the standard.

On the same day as Schumer’s news conference, veteran climate journalist David Roberts explained why the Clean Electricity Standard is the “one main thing” in U.S. climate strategy.

“How can the U.S. hit net-zero emissions by or before 2050, a goal shared by almost every Democrat and, at least rhetorically, by some Republicans?” Roberts asks. “The key is to immediately begin reducing emissions and maintain a rapid pace of reduction for the coming three decades. That is the only way we have a shot. If we wait another decade to start rapid reductions, the curve will simply be too steep. It has to start now.”

That means using the technologies available today to “rapidly push fossil fuels out of the system” and cut the country’s emissions by about 50% by 2030. Which will happen by shifting the electricity grid to renewables, scaling up electric vehicles to replace gasoline and diesel, and upgrading buildings—in other words, electrifying everything.

“Clean electrification is the entrée,” Roberts writes. “If you decarbonize electricity, transportation, and buildings, you’ve taken out the three biggest sources of emissions in virtually every country. The technologies and policies we need to do it exist today, ready to deploy.” Which puts clean electrification at “the core of any ambitious climate policy. Without it, we’re still spinning our wheels, innovating without deploying what we’ve already innovated.”

Roberts traces the mounting anxiety around the Biden climate plan, driven largely by “moderate” elected Democrats like Sen. Joe Manchin of West Virginia who’ve been working to water the strategy down (and apparently holding weekly meetings with Exxon lobbyists along the way). But the standard has some powerful friends, too.

“Passage of a federal clean electricity standard will drive large amounts of new renewable generation and do so in a way that provides businesses with a clear path and expectations to make needed investments at the scale and speed necessary,” stated a recent letter signed by companies like Apple, eBay, Etsy, Exelon, General Motors, HP, Johnson Controls, Levi Strauss, PayPal, Salesforce, TechNet, and Unilever.

But “the new push comes as congressional climate hawks, such as Sen. Sheldon Whitehouse (D-RI), have said corporate America has not put its weight behind meaningful climate policy, despite its public pronouncements,” Politico adds. “Whitehouse told POLITICO in mid-May that the business community had ‘better get off [its] rear end right now’ if it was sincere about wanting federal climate change policy.”