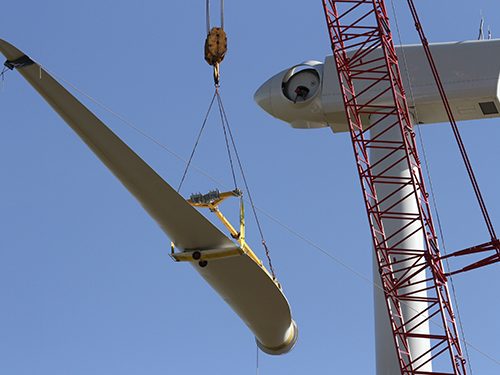 The shift to a decarbonized energy system will create 122 million jobs in 2050, 43 million of them in renewable energy alone, but require US$131 trillion in investment over the next three decades, the International Renewable Energy Agency concludes in its World Energy Transitions Outlook issued late last week.

The report “represents a concrete, practical toolbox to total reorientation of the global energy system and writes a new and positive energy narrative as the sector undergoes a dynamic transition,” IRENA Director-General Francesco La Camera said in a release. “There is consensus that an energy transition grounded in renewables and efficient technologies is the only way to give us a fighting chance of limiting global warming by 2050 to 1.5°C. As the only realistic option for a climate-safe world, IRENA’s vision has become mainstream.”

The Abu Dhabi-based agency presents a scenario for “total mitigation in 2050” that reduces greenhouse gas emissions from energy by 36.9 gigatonnes—with 25% of the total coming from renewables, another 25% from energy efficiency, 20% from electrification, and 10% from hydrogen. For the remainder, IRENA relies on carbon removal, with fossil industry-based systems accounting for 6% of the total and biomass-based removals delivering the remaining 14%.

To get there, private investment will have to increase 30% above what the finance sector is already planning. But the scenario gives humanity a “fighting chance” of hitting the 1.5°C target in the Paris Agreement, the agency says.

“Today, even some of the most conservative energy players have realized it as the only realistic option for a climate-safe world,” the report states. “Such a profound and pervasive shift of views is rooted in undeniable evidence, not only of the world’s grave problems but also of trends in technology, policy, and markets that have been reshaping the energy sector for over a decade.”

That shift “will drive economic transformation,” La Camera added, bringing “unprecedented new possibilities to revitalize economies and lift people out of poverty.” While each country will chart its own course, “we must ensure that all countries and regions can realize the benefits of the global energy transition for a resilient and more equitable world. We have the know-how, we have the tools, we need to act, and do so now.”

The report points to a transition that is already under way, with “significant progress” in areas like electric mobility, battery storage, digital technologies, and artificial intelligence. “These shifts are also drawing greater attention to the need for sustainable exploitation and management of rare earths and other minerals, and investment in the circular economy,” the report states.

The transition is happening because markets “are already pushing a shift to renewables as costs for projects such as solar and wind power have fallen while demand for energy from carbon-emitting sources has dropped,” Bloomberg writes, citing La Camera. “Oil demand has already peaked and construction of power plants using renewable energy sources are consistently outpacing additions of generators using traditional fuels.”

Even in the midst of a global pandemic, IRENA reported earlier this year that renewable energy producers installed a record 260 gigawatts of new capacity in 2020. Now, the agency is calling on governments and lenders to “reduce financing to fossil fuel energy projects while eliminating subsidies for those traditional types of energy,” Bloomberg writes. “Spending by governments would have to nearly double to about $780 billion annually over the period through 2050 to help drive that change,” giving private lenders “the confidence to provide the needed investment to the energy transitions.”