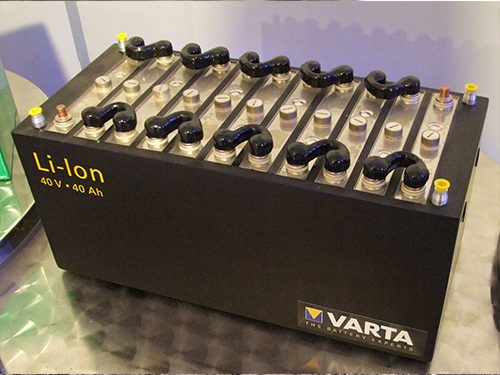 Lithium batteries exploded loudly overnight inside a burning former paper mill in northern Illinois that officials had believed was long abandoned, and fire officials have decided to let the blaze burn out because they fear trying to extinguish it could trigger more explosions.

The fire that started in Morris, IL last Tuesday prompted city officials to order the evacuation of 3,000 to 4,000 people in some 950 nearby homes, a school, church, and small businesses, The Associated Press reports, in a story republished by CP.

On Wednesday, as thick, black smoke continued to billow from the building, Police Chief Alicia Steffes said the evacuation order would remain in place until at least 9 PM and “might be extended.” Police were stationed throughout the area to prevent people from entering, although anyone who could prove they lived there was allowed to return to retrieve essential medicine, she said.

Fire Chief Tracey Steffes said air quality tests were “coming back favourable” so far, but cautioned that changing weather conditions and other factors could cause that picture to change. Mayor Chris Brown urged anyone experiencing respiratory problems to contact their physicians.

The fire chief said he was gathering information from fire departments and other experts on how to fight the fire in a building that—to the surprise of his department and other city agencies—was being used to store nearly 100 tons of lithium cells, ranging in size from cell phone to large car batteries.

Firefighters stopped using water on the blaze minutes after they arrived when they discovered that water and firefighting foam can cause batteries to explode. While he said he had heard some ideas on how to battle the blaze—road salt has been suggested—Steffes told AP he wouldn’t send crews to battle the fire because of the unknowns about what was inside.

While his department and other agencies have fought fires at buildings that contain lithium batteries, Steffes said he knew of no one with fires that involved so many batteries. The battery explosions overnight could be heard across the city, he added.

The mayor said the city didn’t know the building was being used to store batteries until it caught fire, and that he knows very little about the company that owns them.

“The name of the company is Superior Battery…and we didn’t know they existed until yesterday afternoon,” said Brown. City Hall had no record of a business licence or any communication between the company and any city department, AP writes.

Barely concealing his anger at the very serious danger firefighters were in, Steffes suggested he couldn’t trust any information coming from the company as a result.

“We had no way of knowing they were doing business…there,” said Steffes, adding a company official told him they had occupied the building for about a year. Steffes said the paper mill had been vacant for decades.

No information was immediately available on Superior Battery. The fire chief said company representatives were not invited to Wednesday’s news conference.

The mayor said the police department will conduct an investigation about the storage of the batteries and that other agencies, including the state fire marshal and the Illinois Attorney General’s office, had already been contacted.

Morris is about 70 miles (115 kilometres) southwest of Chicago.