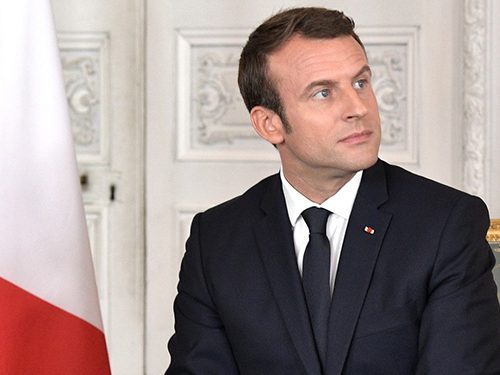 In a move environmental groups are hailing as “historic”, the French Conseil d’État has given the Macron government less than a year to meet its climate goals—or face substantial fines.

“France’s top administrative court has ordered the federal government to take ‘all necessary additional steps’ within the next nine months to enable it to reach its climate crisis targets or face possible sanctions, including substantial fines,” reports The Guardian. The court set a deadline of March 31, 2022, for the government to take significant action, and gave no possibility for an appeal of its decision.

The Guardian notes that the ruling stands as a serious rebuke of France’s failure to keep in sight its vaunted ambitions to cut emissions by 40% from 1990 levels by 2030. Damien Carême, an MEP and former mayor of the northern coastal town of Grande-Synthe, said he hopes the ruling “will bring an end to the lethargy, hypocrisy, and cynicism.” Despite “fancy speeches,” he said, the government has shown “a lack of action and ambition, which is putting our joint futures in danger.”

Declaring the ruling a sign that the “noose is tightening on the government,” Greenpeace France rejoiced in what it described as “a clear ultimatum” in the face of inaction. The Guardian notes that French emission reductions between 2015 and 2018 were “about half as fast as needed to meet its 2030 target.”

Reuters writes that the need for the courts to step in “has raised questions about credentials of President Emmanuel Macron as a champion of fighting climate change and affirms the binding nature of greenhouse gas reduction targets contained in legislation.”

A just-released report by France’s independent High Council for Climate concludes that the country’s emissions did decrease in 2020, but mainly due to the pandemic-induced downturn in the country’s economy, Reuters says.